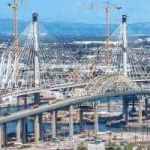 The special occasion is the grand opening of the new, yet to be named, Gerald Desmond Bridge replacement.  To prevent the spread of COVID-19, a virtual ceremony is planned for the Friday leading into the Labor Day weekend. END_OF_DOCUMENT_TOKEN_TO_BE_REPLACED 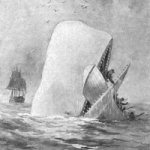 Captain George Pollard Jr. was hungry.  Actually, he was starving.  He’d been drifting aboard a small whaleboat with some of his crew in the South Pacific for over two months.

The sun was ravaging.  The thirst was unquenchable.  The meagre food rations had taken their toll.  Thus, Pollard did what he had to do to survive.  He took a deep breath, said a prayer…then he devoured his 18-year-old cousin, Owen Coffin.

The grim action was taken on honest terms.  Mr. Coffin’s full commitment to the meal was decided fair and square.  After nine week’s adrift at sea, with nothing but saltwater saturated bread that dehydrated the men as they ate, the starving crew practiced an ancient custom of the sea.  They drew lots to determine who would be eaten.  Coffin lost.

The trouble for Pollard and his crew began weeks earlier.  In November 1820, they’d been harpooning a pod of sperm whales when something awful happened.  An angry 85-foot-long whale smashed head-on into the captain’s ship, The Essex of Nantucket, sinking it to the ocean’s bottom.  This distressing shipwreck inspired Herman Melville’s, Moby-Dick. END_OF_DOCUMENT_TOKEN_TO_BE_REPLACED

Second quarter 2020 came and went like a California wildfire.  The economic devastation caused by the government lockdowns was swift, the destruction immense, and the damage lasting.  But, nonetheless, in Q2, the major U.S. stock market indices rallied at a record pace.

The Dow booked its best quarter in 33 years.  The S&P 500 posted its best performance since 1998.  And the NASDAQ had its biggest increase since 1999…jumping 38.85 percent in just three months.

The economy, on the other hand, was severely scorched.  Decades of debt had built up like dead wood amongst a forest understory.  Then, at the worst possible time, government lockdown orders sparked a match and set it ablaze.

Something Worth Striving For

[Editor’s Note: This edition of the Economic Prism was originally published on July 04, 2019, as Independence Day in America Circa 2019.  The themes explored within are even more relevant today.  So we’ve dusted it off, made several updates, and are republishing it.  Enjoy!]

The days are long and hot in the Northern Hemisphere when real American patriots spit upon their hands and hoist the stars and stripes.  On July 4, the free and brave, with duty and self-sacrifice, begrudgingly accept federal holiday pay to stand tall upon their own two feet.  Rugged individualism and uncompromising independence are essential to their character.

With purpose and intent, they assemble as merry mobs along the shoreline to celebrate American Independence.  Freedom lovers – descendants of Buffalo Bill – gather to eat hotdogs and pitch horseshoes while downing tipples of corn syrup and fermented grain.  When the sun slips beyond the western horizon and the stars twinkle bright, they hoot and holler at the brilliance of fireworks and sparkling pyrotechnics. END_OF_DOCUMENT_TOKEN_TO_BE_REPLACED