Fashion changes from one year to the next so fast it’s best to ignore it.  Not only will you save money by not chasing the latest shiny object.  You’ll also retain more of the most valuable commodity of all.  Your time.

Non-fungible tokens (NFTs), for example, were the popular new movement just a year or two ago.  Digital art, made by hipsters with names like Beeple, was going to make the world a richer, more stylish place.  Now only dorks and dweebs collect NFTs…and they do so in secret.

Similarly, just a couple of years ago Modern Monetary Theory (MMT) was all the rage.  But that was before rampant money printing triggered an official consumer price inflation rate, as measured by the consumer price index (CPI), of 9.1 percent.

Hindsight is always 20/20.  Yet, sometimes, foresight is 20/20 too.  In the case of MMT, practically everyone could see there would be hell to pay…even through broken spectacles.

The future consequences were crystal clear.  Printing up money and passing it out around town, thus entitling people to claims on goods and services without commensurate production, is fundamentally foolish, reckless, and outright suicidal.  Only academics and central bankers were blind to the arrival of today’s inflation. END_OF_DOCUMENT_TOKEN_TO_BE_REPLACED

Does the American State Deserve Collapse?

“Look back over the past, with its changing empires that rose and fell, and you can foresee the future, too.”

What Took So Long?

Monetary, fiscal, economic, political, and military affairs are tightly interwoven into the fabric of a nation.  The primary thread extending throughout is the state’s endless desire to dominate and centralize the supply of money.

Monetary policy, in this regard, always attends to the apparent wants of a country’s leaders and its ruling class.  Sometimes, over an extended period, it may appear to enrich the general population.  But that is merely the mirage of early stage inflation, when demand’s pulled forward and economic growth appears to be expanding.

Regardless, the primary intent of monetary policy is to support the rulers.  It’s table scraps for everyone else.

Nearly 250 years ago, in 1776, Edward Gibbon’s, The History of the Decline and Fall of the Roman Empire, was first published in England.  Gibbon’s six-volume work offers an account of a state that survived for twelve centuries in the West and for another thousand years in the East, at Constantinople. END_OF_DOCUMENT_TOKEN_TO_BE_REPLACED 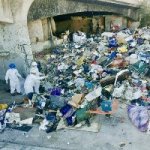 The remark was recently made by Steve Mermell.  The man retired last year as city manager of Pasadena, California.  He knows a thing or two about how borrowing to enhance pension fund returns can result in spectacular losses.

The Wall Street Journal article did not clarify whether red was a winning turn of the roulette wheel or not.  Within the article’s context it didn’t really matter.

The main point was that public pension funds are grossly underfunded.  Consequently, more and more pension funds are borrowing money to play the markets.  The goal is to boost returns to cover their massive funding gaps.

If you recall, public-sector retirement plans offer defined benefits, where retiree pension checks are calculated based on salaries and years of service.  Private employers, on the other hand, generally offer defined-contribution plans (like 401Ks), where payouts are based on market returns.

If you live long enough, and are a recipient of a public pension fund you will get out far more than you put in.  If you work in the private sector, there’s a good chance you will outlive your retirement savings. END_OF_DOCUMENT_TOKEN_TO_BE_REPLACED 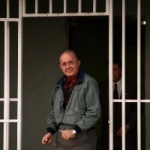 Now, after the most radical credit creation binge in modern history, the Fed is in the early stages of a credit destruction purge.  On June 16, the Fed hiked the federal funds rate by 75 basis.  This was the Fed’s most aggressive rate increase in nearly 28 years – since November 15, 1994.

How many fund managers remain who were in the business in 1994?  How many are navigating through uncharted waters?  Are they prepared to answer the margin call from hell? END_OF_DOCUMENT_TOKEN_TO_BE_REPLACED