Debt Ceilings are for Idiots 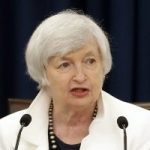 Clear thinking.  Logical assumptions.  Well-reasoned conclusions.  Such principles are in low supply these days.  But are they in high demand?

Readers who have suffered the financial pinch and frustration of a large project gone sideways know that professional life is rarely neat and almost never tidy.  One team member’s obsessive focus on minutia can quickly burn through the budget.  A zealous regulator or supply chain breakdown can wreak havoc on the schedule.

There are, however, special benefits that are earned when taking a run through the meat grinder.  For one, there are countless opportunities to build character, regardless of if one desires a slice of humble pie.

We worked as a project manager for an international consulting firm for over two decades.  Bidding, winning (and losing), contracting, delivering, and billing work was our daily focus.

Anyone who’s ever earned their living in this game can testify that it’s a terrible business.  Still, the character-building experiences are priceless.

For example, one fall morning in 2009, a client took a report we’d prepared, held it up to the sky, flailed it around, and shouted, “this is crap on paper!”  After that, to help better clarify his thoughts, he flailed it around and shouted some more.

The content of the report may have been nonsense.  But it was entirely needed to advance the project.  This client knew this better than anyone.  Yet he lambasted us anyway.  Such is the life of a consultant project manager…

We’ve had a client tell us, between bites of a chicken salad sandwich, that we have “the significance of a gnat on an elephant’s ass.”  Ironically, this message was delivered to us immediately after we were accused of big jobbing his project.

We’ve had schedules escalated on us for no real reason, and then been hammered on for a late submittal.  We’ve been squeezed for additional scope without the addition of commensurate budget so many times we’re in a permanent state of compression.

We’ve worked for months on end to create the perfect product, only to have the marketplace greet it with the frosty demeanor that a congregation greets a Sunday morning sermon on tithing.

The result, if you’ve never experienced it, is precisely the same result that comes from dousing a big fat wad of cash in gasoline, and then setting it on fire.  Poof! – just like that – the money’s gone…and there’s nothing to show for it.

Another time, immediately following our presentation of a table we’d created to track and manage a project’s progress, a client looked us squarely in the eyes and said, “tables are for idiots.”

The statement was harsh.  But upon further elaboration it presented a special insight.  His logic went something like this…

“Any idiot can check a box in a table.  But are the people filling out the table thinking about what they are checking?  Are they really validating and documenting their answers?  Or are they merely completing a form so they can say it has been completed?”

The world, no doubt, is full of box checking idiots.  They’re everywhere.  What’s more, a vast collection of them preside in the U.S. Congress.  The evidence is abundant.  Here we examine but one example…

On Friday the 13th of January, Treasury Secretary Janet Yellen, sent a letter to Congress.  The purpose of the letter was to inform legislators that the statutory debt limit of approximately $31.381 trillion would be eclipsed on January 19.  After that (which is now), the Treasury must resort to extraordinary measures – accounting maneuvers – to delay a U.S. government default.

The debt limit, or debt ceiling as it’s often referred, is the maximum amount the U.S. government can borrow to pay its existing obligations.  This includes Social Security, Medicare, and military salaries.

Congress, for its part, spends like drunken sailors on shore leave.  Yet it’s Congress that must raise the debt ceiling for the Treasury to continue to borrow the money it needs to meet the obligations Congress already committed it to.

Do you recognize the idiocy of it all?

The process delivers fantastic partisan politics.  This is especially true in situations like now.  When there’s a Democrat in the White House and Republican control of the House of Representatives.

Currently, House Speaker Kevin McCarthy and his fellow Republicans are lining up for a game of chicken with President Biden.  The goal is to exact spending cuts and other political points in return for raising the debt ceiling.  This must all be completed by June, which is when Yellen expects the juice from her extraordinary measures to be fully exhausted.

The political histrionics over the next six months should be thrilling.  But the show of it all is simply nonsense.  The debt ceiling will ultimately be raised, as it always is.  And Congress will continue spending the nation into oblivion.  Here’s why…

Debt Ceilings are for Idiots

The great dollar devaluation is the consequence of decades of rampant currency debasement policies.  The mechanics are executed in tandem between the Federal Reserve and the Treasury.  The Fed supplies the credit – created out of thin air.  The Treasury borrows it from the Fed.  And spends it.

But what does the Treasury spend it on?

The Treasury spends it on whatever Congress wants.  Congress has the power to stop these currency debasement policies, policies which impoverish the middle class and concentrate wealth into fewer and fewer hands.  Yet Congress perpetuates the madness.  Because Congress is addicted to borrowing and spending your money.

The current debt ceiling debate, and the impending elevation of the debt limit for what we believe will be the 79th time since 1960, represents but another milestone in the recline and flail of the USA.  In fact, according to the government’s own inflation calculator, a dime in 1960 could buy what a dollar buys today.

It has been inflated away by Congress, along with your life savings.

Congress, through its debt ceiling increases, allows the Treasury to access the credit it needs to meet the spending obligations controlled by Congress.  It’s Congress who directs the Treasury to spend this printing press money into the economy via its insane myriad of welfare and warfare programs.

As this new money flows through the economy, and the supply of money increases faster than the supply of goods, prices adjust higher.  There’s no mystery to it.

So long as Congress continues to raise the debt ceiling, it’s impossible for the U.S. government to technically default on its obligations.  However, to keep perpetuating more and more debt, Congress, with the assistance of the Fed and Treasury, resorts to turning the dollar into toilet paper.

The reasons for this ultra-mega spending problem are countless.  However, one primary reason is that the debt ceiling debate comes after the spending has already occurred.

This is precisely the wrong time to try and get a handle on runaway spending.  The right time to do this is when setting the budget – before the money is spent.  Alas, the allure of the printing press makes balancing the budget impossible.

This is why debt ceilings are for idiots.  Not because we believe the Treasury should be given a blank check.  But rather because perpetually raising the debt ceiling has become as mindless as checking boxes on a form.

[Editor’s note: Signs of a recession are mounting.  Investors who aren’t prepared stand to lose a significant stake of their wealth.  However, there are strategies available to ride out the storm while coming out ahead.  If this interests you, take a look at my Financial First Aid Kit.  Inside, you’ll find everything you need to know to prosper and protect your privacy as the global economy slips into a worldwide depression.]

Return from Debt Ceilings are for Idiots to Economic Prism