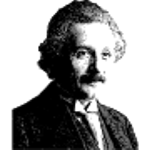 “It’s a stupid way to run a country,” remarked Maya MacGuineas over the Thanksgiving holiday weekend.  MacGuineas, head of the Campaign to Fix the Debt, was commenting on Congress’s failure to operate within a budget.  “Change comes from two possible things,” added MacGuineas, “a crisis or leadership.”

Regrettably, for as long as we can remember, the nation’s finances have been guided by crisis.  Moreover, each crisis has been met with a quick fix and the swift kick of the can down the road.  We find this to be downright insulting.

Particularly since Congress is incapable of doing what most honest, hardworking, Americans do to manage their personal affairs.  Spend less than they make.  Or make more than they spend.

In fact, the last time Congress even passed a budget resolution was 2009.  Otherwise, they just blindly spend money without any real limits.  Unfortunately, this will probably not change anytime soon.

At this point, all the Congressional budget panel can agree on is that something must be done to replace some of the automatic sequestration cuts.  They are limiting their efforts to just reaching an agreement on spending in the range of $50 and $100 billion.  This, by comparison to the $17 trillion debt, amounts to rearranging the deck chairs on the Titanic.

The Ball and Chain Weighing the Economy Down

Monkeying around with sequestration cuts does absolutely nothing to solve the nation’s debt and insolvency problem.  To achieve real deficit reduction Congress must restructure Social Security, Medicare, and Medicaid.  These entitlement programs make up nearly half of federal spending.

These massive entitlement programs are bankrupting the country.  Congress must borrow from the future to make good today…on promises made yesterday.  Nonetheless, changing them and making them more financially viable is politically unacceptable.

Members of Congress aren’t ready to tell the American people they’ve been lied to.  Nor are they ready to lose their jobs over it.  They’d rather kick the can down the road and hope the thing doesn’t blow up on their watch.

At some point yields on Treasury bills will rise in earnest.  Who knows if they’ll run all the way up to where they were in the 1980s.  If you recall, in 1981 the yield on the 10-Year Note eclipsed 15 percent.  But even if the yield were to rise to 6 percent, which is where it was at the turn of the new millennium, interest payments could triple.  Higher taxes will be needed just to service the higher rates of existing debt.

According to Congressional Budget Office’s updated budget outlook, “Net interest spending, or the cost of paying the interest on our large and growing national debt, will total $5.216 trillion over the next 10 years.  The interest costs on prior deficit spending will grow from $223 billion today to $823 billion in 2023, an increase of 369 percent.”

“Compound interest is the eighth wonder of the world,” goes a quote oft attributed to Albert Einstein.  “He who understands it, earns it.  He who doesn’t, pays it.”  We don’t know if Einstein actually said this, but we do appreciate its sentiments.  Even more so, Jack MacDonald fully understood it…

Jack MacDonald, who died in September at age 98, was secretly rich.  Aside from his immediate family, very few people knew of his immense wealth.  MacDonald would rather clip coupons, live in a modest one bedroom apartment, and ride the bus than flaunt his affluence.

MacDonald amassed his wealth through frugal living and careful investment and stewardship of a small family inheritance.  Ultimately, through Einstein’s eighth wonder of the world, MacDonald was able to leave $187.6 million to his favorite charities, including Seattle Children’s Hospital, the University of Washington School of Law, and the Salvation Army.

It’s a shame MacDonald didn’t chair the Congressional budget panel.  The United States’ fiscal condition would be a lot better off than it is today if he had.  Instead, the fools in Congress squandered a golden opportunity to restrain spending when rates were at historic lows.

We wish we could say this was because members of Congress don’t understand compound interest.  But we’re certain at least some of them do…maybe even Nancy Pelosi.  To the contrary, they really just don’t give a rip about running up the debt because the taxpayer – that’s you – will be stuck picking up the tab.