Why Labor Productivity Has Collapsed 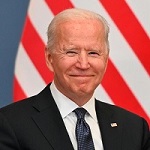 Recession.  Raging consumer price inflation.  A Presidential administration that seeks to confuse and obfuscate what’s really going on.  These are the realities facing American workers in the dog days of August circa 2022.

Gas prices fell 7.7 percent from one month ago.  But are still up 44 percent over one year ago.  Food prices rose 1.1 percent on the month and are up 10.9 percent over the past 12 months.  Rents also rose 0.7 percent in July.

President Biden, a man who alternates between being a world class liar and a world class moron, took the opportunity to tell an untruth the American people:

“I just want to say a number: zero.  Today, we received news that our economy had 0 percent inflation in the month of July – 0 percent.  Here’s what that means: while the price of some things go up – went up last month, the price of other things went down by the same amount.  The result?: Zero inflation last month.”

With Biden, you’re never certain if he believes his own lies.  Thus, we’ll make it real clear for the big guy just how the numbers work.

In this respect, should you be happy that your money is only eroding at an annual rate of 8.5 percent instead of 9.1 percent?  Does this mean the Federal Reserve’s rate hikes are working?  Is the much anticipated pivot within sight?

These questions are important.  But if you really care about wealth and prosperity there are much more important questions to be asking.  Here’s why…

However, the creation of greater quantities of money by central planners does not magically increase the quantity of goods and services.  The addition of new, freshly created money does not readily get matched by a corresponding increase in production.

Similarly, new, freshly created money does not increase people’s claims to goods and services.  It does not increase how much they can consume.  Rather, it dilutes each individual monetary unit, which is then expressed in rising prices.

Most academic economists naively believe that lack of money is the source of economic stagnation.  They advocate credit creation and money printing as a means to increase consumption.  These policies generally lead to higher debt levels and higher asset and consumer prices.

Why price is important…

Why Price is Important

The primary regulator for how money is spent is price.  The price of goods and services is what attracts or repels money.  Generally, if two goods have equivalent utility and quality, money will be attracted to the lower cost item and repelled by the higher cost item.

Artificially low interest rates stimulate false demand up and down the supply chain.  In addition, pumping fabricated credit into financial markets for decades on end pushes the economy to a perilous and unstable state.

Wealth disparities become ever more extreme, as financial assets, which are largely owned by the wealthy, become inflated.  Governments – federal, state, and local – use the cheap credit to become bigger, and more interventionist.  Consumer price inflation then takes hold.

The Fed’s attempts to smooth out the peaks and valleys of the business cycle have actually magnified them.  The consequences to workers, savers, and retirees alike are remarkably harmful.

Eventually the damage is too great for even the Fed to ignore and they must reverse course.  After letting credit run wild for over a decade, and making everyone dependent upon it, the Fed then reels it back.  This tightening of credit markets has the effect of pulling the rug out from under financial markets and the economy.

Right now, for example, the Fed is operating within the rug yank phase of its monetary policy.  As the Fed simultaneously raises the federal funds rate and reduces its balance sheet, credit markets are slipping and tripping all over themselves.

Why Labor Productivity Has Collapsed

This is a critical point.  And it’s one the President failed to mention this week.  Just one day prior to this week’s CPI report, the Bureau of Labor Statistics released its second quarter labor productivity report.  The results were about as bad as they could possibly be.

What this means is that people are working more and producing less.  They are, in essence, working in reverse.  Hence, there will be less goods and services to consume, which will further drive consumer price inflation.

Why has labor productivity collapsed?

This, no doubt, is an important question.  It is especially important if you care about wealth and prosperity.

The push for productive activity is provided by the mental and physical ability of workers to produce new goods and services with the least expenditure of energy and material possible.  That is to say, to produce more at a lower cost.  The ability to cheapen production leads to economic growth.

Alas, labor productivity has collapsed.  The reasons range far and wide.  But they all come back to a few critical things.  Over regulation, over taxation, money printing, credit market manipulation, and, in summary, a near total intervention of economic and business life by a grossly out of control state.

[Editor’s note: The Biden administration is doing everything it can to ruin your life.  Quite frankly, it’s maddening.  But I’m not going to stand by and let a bunch of evil clowns in Washington destroy everything I’ve worked so hard for.  For this reason, I’ve dedicated the past 6-months to researching and identifying simple, practical steps everyday Americans can take to protect their wealth and financial privacy.  The findings of my work are documented in the Financial First Aid Kit.  If you’d like to find out more about this important and unique publication, and how to acquire a copy, stop by here today!]

Return from Why Labor Productivity Has Collapsed to Economic Prism

29 Responses to Why Labor Productivity Has Collapsed