Is the IRS Coming for You? 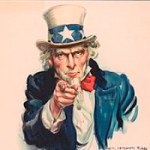 This week, while you were busy working, President Biden signed what he says is, “one of the most significant laws in our history.”

But what is clear, and as confirmed by the Congressional Budget Office, is that the bill will force working-class Americans to pay an estimated $20 billion more in taxes over the next decade.

For the Biden administration, this is all part of its plan to consolidate power, push its socialist agenda, bury workers with crushing taxes, and destroy the middle class with soaring inflation.  The Build Back Better Act may have failed.  But the IRA, which cobbles together much of the trash from BBB, is now federal law.

We’ll have more on this in just a moment.  But first, some context is in order.

If you’re a lobbyist on K Street in Washington or a quality engineer at Lockheed Martin, for example, you’re first in line to slurp up the new money being spewed out by the Treasury.  This results in a huge advantage over others.  You get to spend the new money before it has diluted the existing stock of money.

If you’re a mechanic on Main Street, on the other hand, it doesn’t matter if you work harder or smarter.  By the time the money makes its way into your pocket the devaluation has already occurred.  The money may look the same.  It may have the same face value amount you received the year before.  Yet it has the potency of an O’Doul’s near beer…

…and working harder or working smarter won’t change this.

The point is, where a person is positioned on the money trough determines whether they’re a member of the state sponsored elites or a member of the discarded class.  We don’t like it.  We find it to be entirely unjust.  But it’s a fact, nonetheless.  Here’s why…

When the production of money is left in the hands of the state, and the state’s central bankers, the stability of the money is dependent on state arbitrariness.  The state, which is comprised of politicians, must make good on promises made to voters.  To do this, more and more money is needed.

Politicians want to keep their jobs.  Thus, the state generally authorizes the central bank to fulfill its demand for more money so long as consumer price inflation doesn’t rise to a place of political risk.

Central banks, without exception, destroy the value of money when they increase the quantity of money available to the economy.  Central bankers can easily find justification for their actions.  There’s always a crisis, such as a manufactured pandemic or war or a recession, that provides an excuse to crank up the printing presses.

And as the new money spews, the purchasing power of the existing stock of money erodes.  Yet the ill effects are not typically recognized until after the fact.

The devaluation of money must first become overly menacing, usually in terms of raging consumer price inflation, before the central bank concedes this is the consequences of its own monetary policy mistakes.

The Inflation Reduction Act (IRA) is a case in point.  Consumer price inflation is raging at a 40 year high.  The Federal Reserve’s aggressively hiking the federal funds rate.  Yet Congress just passed a $750 billion giveaway that by its very name purports to reduce inflation.

But that’s not all.  There’s also something much more sinister going on.

Is the IRS Coming for You?

If you’re a wage earner, you likely pay more than your fair share of federal income taxes.  This is money that you never see because it is automatically impounded from your paycheck.  What’s more, this is on top of the inflation tax you already pay, which is a direct result of the actions of the federal government.

Tack on state income tax, sales tax, and all the various government fees and exactions, and it’s likely that over half of what you earn is consumed by taxes and inflation.  Yet, for the lawmakers in Washington, too much of your money is never enough.

The IRA – the $750 billion giveaway package – sets aside $80 billion to hire upwards of 87,000 Internal Revenue Service (IRS) agents.  These agents are coming after middle-class Americans whether the Biden administration admits it or not.

In a recent letter to the IRS commissioner, Treasury Secretary Janet Yellen said, “any additional resources … shall not be used to increase the share of small businesses or households below the $400,000 threshold that are audited relative to historical levels.”

Do you buy any of this?

“I don’t believe it’s an invasion of privacy and look, the IRS gets a great deal of information that it needs in order to make sure the taxpayers comply with the tax code.”

One way or another, the federal government gets its way.  Build Back Better may have been defeated.  But it really doesn’t matter.  The IRA has just given the IRS the means to meddle with the lives of all Americans.

[Editor’s note: The IRA will sick the government goons on you, to snoop through your finances and make up reasons why you owe Uncle Sam.  Quite frankly, it’s sickening.  But I knew this was coming.  For this reason, I’ve dedicated the past 6-months to researching and identifying simple, practical steps everyday Americans can take to protect their wealth and financial privacy.  The findings of my work are documented in the Financial First Aid Kit.  If you’d like to find out more about this important and unique publication, and how to acquire a copy, stop by here today!]

Return from Is the IRS Coming for You? to Economic Prism

2 Responses to Is the IRS Coming for You?