Blowups and an Epic Mega-Catastrophe are Coming 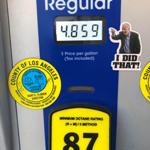 “Let no man deceive you by any means…” counsels the Good Book (2 Thessalonians 2:3).

As we understand it, Apostle Paul, if that’s in fact the author, was attempting to correct some misinformation floating around Thessalonica in first century Greece.  Someone – perhaps a bureaucrat – was spreading rumors that Christ had already returned.

Paul didn’t buy it.  He clarified that the Anti-Christ would first appear and proclaim himself God.

Did Paul know what he was talking about?  Has the Anti-Christ appeared, yet?

Much like Joe Rogan, and his pains to correct misinformation spread by Fauci, Paul had many enemies and detractors.  Which is fine.

The pursuit of truth is rarely a popular path.  Just ask the ghost of John T. Flynn.  Telling the truth is a most excellent way to make enemies in high places.

Mundus vult decipi, ergo decipiatur – The world wants to be deceived, so let it be deceived.

It’s much more agreeable to believe U.S. Treasuries are the safest – default free – investment in the world than certificates of guaranteed confiscation.  It flatters a cabinet member’s ego to believe American exceptionalism is something other than a banana republic with a big military.

These days, individuals like John Locke, who “love truth for truth’s sake,” are far and away in the minority.  But just because the truth’s not popular, doesn’t mean it should be disparaged.

By this, what truths are credit markets speaking for those whom are willing to listen?

When you purchase a Treasury note you are lending money to Washington for a specified period of time (i.e. 30 days to 30 years) at a fixed rate of interest or yield.  The risk of default on Treasuries has generally been considered nonexistent.

The federal government, with assistance from the Federal Reserve, can always print money to pay its debts.  But this isn’t without risks.  Because printing dollars to pay debts devalues the existing stock of dollar.  So while the nominal return is preserved…the inflation adjusted return goes negative.

To account for expectations of rising inflation, yields rise.  But this presents another problem for long term Treasury investors.  When Treasury yields go up, Treasury prices go down.  So if Treasury investors want to exit their holdings early, they’ll do so at a loss.

No matter what way you look at it, Treasury investors stand to face massive losses.  Did your broker mention this to you?

In addition, when interest rates rise, explosive things happen.  There are financial blowups.  Long Term Capital Management, for example, in 1998.  Lehman Brothers in 2008.  Orange County in 1994.  Sometimes the stock market crashes…like the Black Monday crash of 1987.

If yields continue to rise, this one thing will change everything.

Expect blowups.  Lots of them.  The exacting truths of the credit market are being foreshadowed by rising interest rates.

But to really understand what truths the credit market’s speaking one must zoom out some 80 years, and stare at a chart of 10-Year Treasury yields extending from the 1940s to the present.  At the mid-point, around 1981, you’ll see a massive peak.

Specifically, the rising part of the interest rate cycle last peaked out in September 1981.  Then, you’ll see that over the next 39 years, interest rates fell to what appears to be a secular bottom of 0.5 percent in July 2020.

Over this time, the these seeds of a mega-catastrophe were multiplied and scattered across the land.

When credit is cheap, and plentiful, individuals and businesses increase their borrowing to buy things they otherwise couldn’t afford.  For example, individuals, with massive jumbo loans, bid up the price of houses.  Businesses, flush with a seemingly endless supply of cheap credit, borrow money and use it to buy back shares of their stock…inflating its value and the value of executive stock options.

When credit is tight, the opposite happens.  Borrowing is reserved for activities that promise a high rate of return; one that exceeds the high rate of interest.  This has the effect of deflating the price of financial assets.

Today, the interest rate on a 30-year fixed mortgage is about 3.98 percent.  And the median price of a U.S. house is now about $408,000.  Along the Country’s east and west coasts, prices are much higher.

Similarly, the Dow Jones Industrial Average (DJIA) was roughly 900 points in 1981.  Today, the DJIA is about 35,000 points.  That comes to over a 3,788 percent increase.  Yet over this same period, nominal gross domestic product has only increased by roughly 600 percent.

We suspect a 39-year run of cheaper and cheaper credit had something to do with ballooning stock and real estate prices.  Asset prices and other financialized costs, like college tuition and health insurance, have been grossly distorted and deformed by three decades of cheap credit.

The disparity between high asset prices and low borrowing costs, have positioned the world for an epic mega-catastrophe.

Blowups and an Epic Mega-Catastrophe are Coming

The Federal Reserve has an extreme and heavy handed influence over credit markets.  But it’s not master of it.  The fact is, Fed credit market intervention plays second fiddle to the overall rise and fall of the interest rate cycle.

From a historical perspective, today’s 10-Year Treasury note yield of 2.03 is still extraordinarily low.  But if you consider just the last two years, it’s extraordinarily high.

As noted above, the last time the interest rate cycle bottomed out was during the early-1940s.  The low inflection point for the 10-Year Treasury note at that time was a yield somewhere around 2 percent.  After that, interest rates generally rose for the next 40 years.

In this disinflationary environment, the credit market limited the negative consequences of the Fed’s actions.  Certainly, asset prices increased and incomes stagnated.  But consumer prices, with the help of cheap Chinese labor, did not completely jump off the charts.

The Fed took this to mean that they’d tamed the business cycle.  This couldn’t be further from the truth.

During the rising part of the interest rate cycle, as demonstrated in the 1970s, after the U.S. defaulted on the Bretton Woods Agreement, Fed interest rate policy becomes increasingly catastrophic.

The fact is, Fed policy makers are politically incapable of staying out in front of rising interest rates.  Their efforts to hold the federal funds rate artificially low, to boost the economy, no longer have the desired effect.

It appears that in July 2020, roughly 39 years after it last peaked, the credit market finally bottomed out.  Yields are rising again.  In truth, they may rise for the next three decades.

And the Federal Open Market Committee (FOMC) – appointed bureaucrats – were the last living souls on earth to figure this out.  All they needed to do was listen to the truths of the credit market.

This means the price of credit will increasingly become more and more expensive into the mid-21st century.  Hence, the world of perpetually falling interest rates – the world we’ve known since the early days of the Reagan administration – is over.

What’s more, the return to the rising part of the interest rate cycle will be rough going for some time.  And the Fed intends to make it especially coarse.  The odds of a 50 basis point hike to the federal funds rate at the March FOMC meeting are at 100 percent.

And, at the time of this writing (Thursday night), there are whispers of an emergency Fed rate hike on Friday.  Perhaps an official announcement has already been announced by the time you’re reading this.

No doubt, this will stress financial markets.  Expect blowups.  It will likely bring on a recession – or an epic mega-catastrophe – later this year.  But it won’t do the one thing the Fed wants…

That is, it won’t crush inflation.

That ship sailed over a year ago while Washington was busy handing out free money like it was handing out breath savers.

Saint Paul warned against this nearly 2,000 years ago.  Just because the world was coming to an end, you didn’t get a free pass to loaf about and collect printing press financed transfer payments.

Brethren were to continue “to earn their own living” (2 Thessalonians 3:12) and “not eat anyone’s bread without paying for it” (3:8).

[Editor’s note: President Biden and the tard buckets in Washington are attempting to stand in the way of the initial moments of a 40 year trend.  They don’t stand a chance.  And investors who take their cues from how stock and bond markets have behaved over the last 40 years don’t stand a chance either.  Rising interest rates will change everything.  But if you understand what’s going on, and how to position your assets accordingly, you’re in for the ride of your life.  One great place to start is with the Geometric Wealth Building Program.  Take a look here, to learn more.  You’ll be glad you did…for many decades to come.]

2 Responses to Blowups and an Epic Mega-Catastrophe are Coming