Are You Prepared for a Hard Landing? 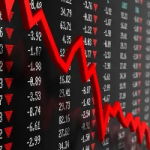 The New Year brings both optimism and hope.  A chance to start fresh.  To turn over a new leaf.

The sentiment is welcome.  The outcome, however, can be a grave disappointment.

If you recall, 2022 was supposed to be a year of redemption and prosperity.  After the ugly coronavirus fiasco, the economy was finally reopening.  The general belief was that the resurgence of economic activity was going to bring a new boom and a new cycle of prosperity.

Over this duration, the yield on the 10-Year Treasury note spiked from 1.66 percent to 3.70 percent.  In other words, Uncle Sam’s borrowing costs have more than doubled.

At the same time, transitory inflation proved to be enduring.  And gross domestic product (GDP) went negative for the first two quarters of 2022.

The calendar year may have started anew.  But past actions remained.  And there was plenty of wreckage from the past to be reconciled.

Much of this wreckage was created by the central planners at the U.S. Treasury Department and the Federal Reserve.  Decades of money printing are not without consequences.  And, unfortunately, the consequences dramatically impact your life and your livelihood.

The wreckage doesn’t magically disappear when the calendar hits January 1.  Rather, it piles up from one year to the next like rotting refuse at a municipal landfill.

How will the central planners manipulate your livelihood in 2023?  How will Federal Reserve monetary policy influence your job, investments, and discretionary income?

Here we scratch for answers…

Ultra-mega money printing in 2020-21 to counter the effects of government ordered lockdowns resulted in a supply of dollars that was far too great for the economy to absorb.  This, along with the shortage of goods and services, also a consequence of government lockdowns, resulted in a situation where too many dollars were chasing too few goods.

Paying people not to work with printing press money was a foolish idea.  Everyone knew it – or should have known it.  Nonetheless, wild theories were concocted to provide the rationale for doing more of it.

“America loves to cry broke.  But in America money does grow on trees.”

We believe it eventually will.  But the consequence will be severe.  Remember, economics is not an exact science.  Monetary policy is even less exact.

It’s a question the Fed can’t answer.  For the Fed doesn’t know if consumers will continue to chase the price of goods and services higher or if they will start stuffing dollars in their mattresses.  No one does.

A recession in 2023 is appearing more and more likely.  Thus, what if 2023 turns out to be a year of deflation rather than inflation?

Under this scenario, additional rate hikes would be a mistake.  Still, what can the Fed really do?

It can guess about the future, and what the demand for dollars will be.  Or it can continue to do what it always does.  That is, the Fed will look to the past for guidance on how to influence the future.

Minutes from the December Federal Open Market Committee (FOMC) meeting were released this week.  Per the minutes:

“No participants anticipated that it would be appropriate to begin reducing the federal funds rate target in 2023.  Participants generally observed that a restrictive policy stance would need to be maintained until the incoming data provided confidence that inflation was on a sustained downward path to 2 percent, which was likely to take some time.”

Given the current CPI reading, this means there will be additional rate hikes…and associated consequences.  The Fed must wreck the future to save it.

Are You Prepared for a Hard Landing?

How will the economy react to interest rates that remain relatively higher for longer?

By this, the idea that there will be a soft landing seems highly unlikely.  The economy, after decades of ultra-low interest rates, is not equipped to easily accommodate a sustained period of relatively higher interest rates.

In fact, it’s already happening.  Amazon CEO, Andy Jassy, announced this week that the company plans to RIF (reduction in force) 18,000 workers.  This is in addition to the nearly 125,000 employees from large U.S. companies that were RIFed in 2022, according to the Forbes layoff tracker.

Many of these workers will land on their feet and will continue paying their debts without a hitch.  But many won’t.

Past mistakes and misallocated capital are being grossly exposed by relatively higher interest rates.  Soon, this will all rollup into a massive financial panic.

Perhaps a big corporate or municipal government default will be the triggering event.  Maybe a giant investment fund will suspend withdrawals.

Then the reality that a Fed bailout is not available for the first time since the ‘Fed put’ was instituted in 1987 will set in.

As the debt market and stock market simultaneously melt down, what assets will capital panic into?  Will it rush into the dollar?  Will it stampede into gold?  What about oil or something else?

Without question, a hard landing is coming.  Are you prepared?

[Editor’s note: Anticipating and positioning your capital ahead of the panic stampede is an opportunity to obtain life-changing wealth.  Click Here if you’re interested in learning more about this unique opportunity, and how to exploit it!]

Return from Are You Prepared for a Hard Landing? to Economic Prism

13 Responses to Are You Prepared for a Hard Landing?