What Happens When the Chickens Come Home to Roost? 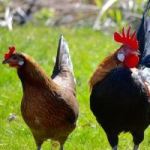 What happens when the chickens come home to roost?

This is today’s question.  But what is the answer?  In just a moment we’ll offer several thoughts and ruminations.  First, however, we must take stock of the chickens…

In reality, consumer prices have increased much higher.  The ‘unofficial’ rate of consumer price inflation, as calculated using methodologies in place in 1980, is about 14 percent.  This rate of inflation is exceedingly caustic to retirees, savers, and wage earners.

We’ve all heard Powell’s fictions before.  If you recall, the Fed’s once ballyhooed normalization of 2018-19 was a great big sham.  Sure, $700 billion was contracted from the Fed’s Balance sheet between October 2017 and August 2019.  But that was in the wake of a $3.5 trillion expansion.  And it was quickly followed by another $4.3 trillion balance sheet expansion from September 2019 through the present.

Price inflation, like coronavirus or fentanyl, is a man-made scourge.  It’s a product of central bank directed money supply inflation.  And it’s made possible by debt based paper money.

The dollar – or any paper money – when not backed by gold or some other commodity that can’t be created at will is prone to over issuance.  It bends to the will of politicians and central planners, who inflate the money supply to pay for wars, social programs, countless boondoggles, and other layers of dumbassery.

Without a stable base to hold its supply in check, what’s a dollar anyway?

It’s abstract, indefinite, and arbitrary.  It can be created out of thin air at the whims of the Federal Reserve.  A pocket full of dollars one day and you can buy the things you want and need.  On the next day, these same dollars can revert to their intrinsic value (i.e., toilet paper).

When a carpenter measures the length of a cabinet as being 3 feet, he’s certain that the length measured as 3 feet will always be 3 feet.  No more.  No less.

To the contrary, when a saver squirrels away $1, he has no assurance that the value of that dollar will be preserved.  Using the Bureau of Labor Statistics’ own CPI inflation calculator, $1 in 2021 has the same purchasing power that $0.15 had 1971 – the year the dollar’s last tie with gold was severed.  Where did the other $0.85 go?

In truth, it was covertly stolen from workers and savers and redistributed by the government to government agencies and contractors, big bankers, and wealthy asset holders.  This, no doubt, is a national disgrace.

Over several decades, the baseline – the dollar – used to measure the value of goods and services has been twisted and contorted like a politician’s spine.  The quantity of dollars in existence has increased beyond comprehension.  Accordingly, the unit value of the dollar has decreased.

To be clear, prices of individual goods and services will fluctuate to account for natural changes in supply and demand.  But when money is anchored to a stable reference point, like during the classical gold standard of the 19th century, overall prices will by and large be stable.

Dollar convertibility to gold once limited U.S. Treasury budgets and the Federal Reserve’s credit creation machine.  But that was before Nixon severed the dollar’s link to gold and commenced the dollar reserve standard.

“The dollar is our currency, but it’s your problem.”

Unlike gold, which has no debt obligation or counterparty risk, dollars can expire worthless when their promissory obligation is defaulted on.  Alternatively, they can be inflated to nothing when a desperate Fed cranks up the printing press, and begins helicopter dropping suitcases of money over major urban centers.

If this helicopter drop concept is new to you let us assure you that it is no joke.  In fact, this is what former Federal Reserve Chairman, Ben Shalom Bernanke, said the Fed would do in a time of financial crisis.  He laid it out very clearly in his November 21, 2002 speech, Deflation: Making Sure “It” Doesn’t Happen Here.

“The U.S. Government has a technology, called a printing press (or, today, its electronic equivalent), that allows it to produce as many U.S. dollars as it wishes at essentially no cost.  By increasing the number of U.S. dollars in circulation, or even by credibly threatening to do so, the U.S. Government can also reduce the value of a dollar in terms of goods and services, which is equivalent to raising the price in dollars of those goods and services.”

Later in this same speech, Bernanke made reference to Milton Friedman’s “helicopter drops,” alluding to a central banker hovering in a helicopter and dropping suitcases full of money to people below.

Yet when financial market’s blew up in 2008, after being pushed to excess by the Fed’s easy money policies, Bernanke didn’t helicopter drop suitcases of money to William Jennings Bryan’s “struggling masses.”  With the exception of Dick “the gorilla” Fuld, Bernanke helicopter dropped trillions of dollars on Wall Street Bankers.

When the coronavirus panic roiled financial markets in March 2020 the central planners at the Fed made a grave error.  Rather than employing small government and sound money solutions – that is, rather than letting over indebted corporate dinosaurs go extinct – the Fed flooded financial markets with liquidity.

These bailouts saved the dinosaurs.  But they also transmuted them into zombies.  Now, with an economy full of zombie companies, America’s poised for its greatest bust of all.

What Happens When the Chickens Come Home to Roost?

Yet what the Fed wasn’t banking on was that the plebs were on to their mischief.  The 2008-09 bailout of Wall Street via AIG had opened their eyes and minds to what’s possible.  So as the Fed went into full big business bailout mode in 2020, the plebs started asking…where’s the people’s bailout?

What’s more, the people had a moral case to make.  Through no fault of their own, state sponsored destruction, in response to the coronavirus, had eradicated their jobs.  Hence, it’s only fair that the people get a bailout too, right?

Several rounds of stimmy checks and generous weekly payments for the unemployed were handed out like breath mints.  Many people are now dependent on them.  In fact, the government dole is so lucrative they can no longer afford to work.

But eventually the chickens of inflation will come home to roost.  In fact, they already are.  So what happens?

Every nation state is different.  Each is disposed to its own vanities and conceits.  But, in the end, when the chickens come home to roost, things go bad in a big way.

Return from What Happens When the Chickens Come Home to Roost? to Economic Prism

24 Responses to What Happens When the Chickens Come Home to Roost?