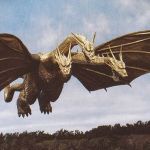 “The bank is something more than men, I tell you.  It’s the monster.  Men made it, but they can’t control it.” – John Steinbeck, The Grapes of Wrath

Something strange and somewhat senseless happened this week.  On Tuesday, the price of gold jumped over $13 per ounce.  This, in itself, is nothing too remarkable.  However, at precisely the same time gold was jumping, the yield on the 10-Year Treasury note was slip sliding down to 2.15 percent.

In short, investors were simultaneously anticipating inflation and deflation.  Naturally, this is a gross oversimplification.  But it does make the point that something peculiar is going on with these markets.

Clear thinking and simple logic won’t make heads or tails of things.  For example, late Wednesday and then into Thursday the reverse happened.  Gold gave back practically all $13 per ounce it had gained on Tuesday, while the yield on the 10-Year Treasury note climbed back up to 2.19 percent.  What to make of it?

With a little imagination one can conceive of where the money’s coming from to buy Treasury bonds.  More than likely, it has something to do with central bank intervention into credit markets.  Though, the Federal Reserve is not the only culprit.

If you recall, the Federal Reserve’s quantitative easing program concluded in late 2014.  The Fed even says it plans to start shrinking its balance sheet later this year.  So if the Fed’s not the source of liquidity for Treasury purchases, who is?

Certainly, the People’s Bank of China and the Bank of Japan are popular Treasury buyers.  In fact, after selling part of its massive hoard of Treasuries in 2016, the People’s Banks of China is once again buying.  And in addition to the Bank of Japan’s Treasury holdings, regional Japanese banks have been stocking up on Treasuries; over the last five years they’ve increased their holdings of U.S. Treasuries and other foreign bonds buy 80 percent.

At the moment, mass infusions of new credit are also being injected from Europe.  Specifically, Treasury purchases are being prompted by the European Central Bank’s never ending quantitative easing program.

Just this week, for instance, ECB President Mario Draghi announced that the ECB would be holding interest rates at 0.0 percent and will extend its quantitative easing program, if required.  In Draghi’s mind, Europe just can’t get the inflation it needs so that he can shut down the printing press.

While the U.S. government can seemingly borrow and spend without limits, the U.S. consumer appears to be nearing the end of its rope.  Somehow this always seems to happen at the worst possible time.

The problem, of course, is that U.S. consumer debt has gone parabolic since early 2009.  Student loans, auto loans, and credit card debt has all recklessly piled up to dizzying heights.  In reality, U.S. consumers have borrowed much more – nearly $13 trillion – than they can ever pay back.  Stagnating wages also exacerbate the problem.

“Americans faced with lackluster income growth have been financing more of their spending with debt instead.  There are early signs that loan burdens are growing unsustainably large for borrowers with lower incomes.  Household borrowings have surged to a record $12.73 trillion, and the percentage of debt that is overdue has risen for two consecutive quarters.

“Some companies are growing worried about their customers.  Public Storage said in April that more of its self-storage customers now seem to be under stress.  Credit card lenders including Synchrony Financial and Capital One Financial Corp. are setting aside more money to cover bad loans.”

Obviously, bad debt doesn’t just go away.  Over time, it metastasizes through the financial system like a wicked three headed monster.  At first it is subtle and no one really notices the hideous growth taking place.  But then, in the blink of an eye, the monster rampages through the economy leaving destruction in its wake.

The three heads of the consumer debt monster consist of student loans, auto loans, and credit card debt.  What makes these debts particularly nasty is that there’s no collateral backing them.

The collateral for student loans is non-recoverable.  For it has been dispersed into oversized professor salaries, oversized lecture auditoriums, and oversized sports complexes.  Similarly, credit card debt has been run-up purchasing 72-inch flat screen televisions, avocado toast, and combination dinner platters at Applebee’s.  How does a creditor recover the cost of a meal that was consumed 2 years ago?

Technically, auto loans have some form of collateral.  The cars can always be repossessed.  But new cars lose value nearly as fast as fresh tomatoes turn to rot.  Presently, record levels of auto loans are backed by cars with negative equity – the debt owed is more than the cars are worth.

What’s more, easy lending over the last 8 years has compelled more and more car buyers to roll their negative equity from prior loan balances into new loans.  On top of that, some amiable lenders only verified income on 8 percent of their auto loans.  Why bother with such inconveniences when the bad loans are being securitized in packaged debt offerings and sold to pension funds?

The point is, this three-headed debt monster’s been constructed in earnest over the last 8 years.  Cheap credit, zealous creditors, and money pinched consumers desperate to maintain their standard of living have built it up with reckless precision.

Of course, the chief architects, the policy makers – particularly Bernanke and Yellen – provided the blueprint.  Remember, the almighty American consumer was to borrow all the cheap credit being sprinkled about and spend the economy back to optimal growth.  Well, the consumers did their part.  Yet the lame economic theories fell flat.

Who would you like to feed to the three headed monster for breakfast?