The Do-Re-Mi of Treasury Notes 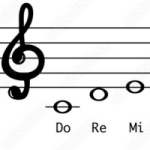 This week brought forth new data points for two of the world’s greatest economic contrivances.

These data points are important not so much because they provide a truthful depiction of reality.  But rather, because in today’s centrally planned economy they can be big movers and shakers for the stock and bond market.

On Tuesday, the Bureau of Labor Statistics released the latest inflation data.  According to the government’s aggregate data fabricators, consumer prices, as measured by the consumer price index (CPI), increased at an annual rate in November of 7.1 percent.

Investors, for their part, thought they’d spotted a clue in the CPI report.  The whole herd of them knew just what the Federal Reserve would do on Wednesday at the conclusion of the December Federal Open Market Committee (FOMC) meeting.  That is, the Fed would increase the federal funds rate by 50-basis points (i.e., 0.5 percent).

This is all rather ridiculous, we know.  But in a world where predictive clues are taken from central planners, as opposed to the free market, you take what you can get…

“The Committee is strongly committed to returning inflation to its 2 percent objective.”

One popular idea of late, coming from the pro currency debasement crowd, is that the Fed should increase its inflation target.  In the minds of the central planners, getting inflation from 7.1 percent to 4 percent is more readily achievable than getting inflation to 2 percent.

How exactly raising the inflation target solves the inflation problem is unclear.  But what is clear is that central bankers grossly overestimate their capabilities.

With that context, the real interesting clues came later at the press conference when one curious reporter asked Powell if the Fed’s 2 percent inflation target would be changed.  ZeroHedge, which has been extensively covering this story all year, provided the following summary of Powell’s answer and the subsequent damage control:

‘“So what did Powell respond?  Well, at first blush, nothing one didn’t expect and certainly nothing that could have crushed the Fed’s credibility in a millisecond (because that’s precisely what raising the inflation target from 2% to 3% will do, not to mention pushing gold from $1800 to $10,000 and bitcoin limit up).  Indeed, the word salad out of Powell’s mouth was best summarized by the Fed chair’s own mouthpiece, WSJ’s Nick Timiraos: “Powell on changing the Fed’s 2% inflation target: “We’re not going to consider that under any circumstances.”

“Only that’s not what Powell said: yes, he hemmed and hewed, and did say that we are not going to consider that under any circumstances now… but then quietly added that “it may be a longer-run project at some point.”’

Wall Street wasn’t sure what to make of things.  The S&P 500 erratically bounced about, closing the day with a 24 point loss.  On Thursday, the S&P 500 dropped 100 points.

Investors, no doubt, are excited to see peak inflation (for now) has come and gone.  Yet, if peak inflation is in the past, could a deflationary recession be in the near-term future?

After the most radical money creation binge in modern history (upwards of $5 trillion in 2020-21), the Fed is attempting a massive purge.  In 2022, the Fed has hiked the federal funds rate a combined 4.25 percent.  These rate hikes have also influenced (i.e., distorted) the Treasury market.

To be clear, the CPI report and federal funds rate are contrived objects of central planners.  They’re manufactured with both eyes looking to the past, not to the future.

Thus, the real clues about the economy and even the stock market are not to be found in a CPI report or an FOMC statement.  Instead, they’re better uncovered by looking at the Treasury market.

When plotted using a simple line graph, with maturity duration on the X-axis and yield on the Y-axis, a normal Treasury market shows a curve that moves upward (i.e., increasing yield) as it extends to the right (i.e., as maturity duration increases).

An inverted yield curve – like the one that currently exists, where 2-Year notes are yielding more than 10-Year notes – does not cause a recession.  But it often presages a recession.

In short, an inverted yield curve provides an illustration that Treasury investors are expecting longer-term yields to decline, which typically occurs during a recession.

The Do-Re-Mi of Treasury Notes

On the other hand, as clarified by Warren Buffett in a 1987 letter to Berkshire Hathaway shareholders, “in the short run, the [stock] market is a voting machine but in the long run, it is a weighing machine.”

The point is, the collective wisdom of Treasury investors is much, much smarter than that of stock market investors.  And Treasury investors, as a whole, are anticipating a recession in the near future.  Certainly, with an ear to the ground, you can hear several rumblings.

Massive RIFs (reductions in force) in the technology sector.  Prices in the previously red-hot used car and truck market have declined 3.3 percent year over year.  And the price of a barrel of West Texas Intermediate crude oil – the light sweet stuff – has dropped 36 percent over the last 7 months…all while the major geopolitical factions are knocking on the door of World War III.

Maybe it’s just a coincidence.  Or maybe Treasury investors have it right.

If you recall, the U.S. economy made a brief entry into recession earlier this year.  Perhaps that was just the warmup for the nastiness that’s approaching.

For stock market investors, it really shouldn’t matter if the Fed keeps hiking rates or pauses.  If the economy’s contracting, and earnings are declining, it’s likely the voting machine will transform to a weighing machine.  And whatever’s left to weigh will be a great big fist full of hollow.

At this point, stock market investors would be well advised to listen to what Treasury note investors are hearing.  Because Treasury notes, like the notes of a novice musician, are playing a nasty tune.

[Editor’s note: If you’re unprepared for what’s coming you could suffer irrecoverable losses.  But not if you take the simple, practical steps to protect your wealth and financial privacy that are documented in the Financial First Aid Kit.  If you’d like to find out more about this important and unique publication, and how to acquire a copy, stop by here today!]

1 Response to The Do-Re-Mi of Treasury Notes