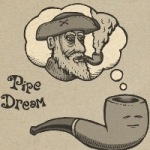 Fiscal policy, as opposed to monetary policy, is more readily understood by the average working stiff.  Income taxes, budget deficits, the national debt.  These are all tangible things people can grasp a hold of, if they care to.

The consequences of zero interest rate policy (ZIRP) or quantitative easing (QE), however, are less obvious to the casual observer.  They may experience the wild booms and busts of central bank caused price distortions, yet never connect the dots back to the Fed.  Some may falsely condemn capitalism.

The industrious wage earner may also find that, despite working harder and harder, their lot in life never improves.  It may even regress.  Still, many won’t recognize heavy handed monetary policy as factors for their disappointment.

The recent college graduate making a subsistence wage at a franchise coffee shop, and buried under $50,000 in student loan debt, may be deeply aware that something is radically wrong.  How come the cost of school is at such disparity with the value it provides, they may ask?

Nonetheless, they won’t likely connect the bubble in student loan debt, or the massive building boom on college campuses, to the Fed’s mass credit creation machine.  However, they may contemplate the broken promises that led them down such a futile path.

Obviously, one can’t assign all liability for the broad population’s financial stagnation to the Fed.  Lethargy and sloth certainly play a hand in a person’s financial trajectory.  So, too, industriousness and ingenuity can overcome ZIRP.

There are many examples of smart and ambitious fellows who’ve succeeded in the face of the obstacles coming out of Washington.  Swimming upstream hasn’t bothered them one bit.

Regardless, the Fed’s policies of extreme dollar debasement have made an utter mess of the economy.  Here’s how…

Then he pays the rent, a car payment, food, gas, utilities, doctor bills, incidentals, entertainment and other miscellaneous expenses.  Some months his money runs out before his next paycheck arrives.  So does he stop spending?

Of course not.  He covers the gap with credit.

One month, for instance, he uses credit to buy a new pair of boots that are needed for work.  He also buys another pair of shoes he doesn’t really need; he thinks they’re hip and wants to wear them out on the town on Saturday nights.

Plus, there’s a sale: Buy one pair of shoes and get the second pair at half price.  Thus, he uses credit – which is abundantly available – to make this second purchase too.

The store owner counts these sales against his inventory and includes this in the following order from the wholesaler.

During the same month, Federal Reserve Chairman Jerome Powell prints up $120 billion dollars as part of the Fed’s quantitative easing program.  Where does the money come from?  Whence does it go?

The money, in essence, is created from thin air…through the expansion of the Fed’s $8.3 trillion balance sheet.  Approximately $40 billion goes to buy mortgages.  This serves to maintain artificially low mortgage rates.  What’s more, it propels the housing market to new heights.

Powell’s actions, without question, disfigure the credit market and the housing market.  They also disfigure the stock market.  Some of the Fed’s liquidity most definitely finds its way into stocks, which pumps the market up to record highs.

In addition, Powell’s actions also disfigure the entire economy.  False demand appears up and down the supply chain as a result of the overextension of credit.

For example, something funny from all the funny money happens to wholesale shoe inventories.  The Fed’s abundance of cheap credit stimulated shoe purchases, which draws down wholesale inventories.  Producers, mainly foreign, increase production.

Powell and his cohorts pat themselves on the back for apparently increasing gross domestic product (GDP).  But what they’ve really done is contributed to greater levels of debt, and distortions to the supply chain.  In effect, the economic growth has been borrowed from the future.  Moreover, GDP growth becomes a proxy measurement of increases in debt.

But that’s not all.  Continuously pumping fabricated credit into financial markets pushes the economy to a perilous and unstable state.  Wealth disparities become ever more extreme.  Price inflation takes hold.  And, by now, the whole world has grown dependent upon it.

The Fed’s attempts to smooth out the peaks and valleys of the business cycle have had the ill effect of magnifying them.  The consequences to workers, savers, and retirees alike are remarkably harmful.

Moreover, as the current financial order strains to preserve the status quo, policies become increasingly desperate.  Radical policies are hatched to cover the shortcomings of prior blunders.  Negative interest rates.  The termination of cash.  Outright money printing, per the tenants of modern monetary theory.

You name it.  No stone goes unturned.

Several weeks ago Powell remarked, “it could be appropriate to start reducing the pace of asset purchases this year.”

By this, Powell means the pace of money printing could be tapered back from $120 billion per month.

What the last 13 years have shown is that once the ZIRP and QE genies are let out of the bottle they’re impossible to ever contain again.  The economy and the financial system have adjusted to the abundance of cheap credit.  Everything and everyone is dependent upon it.

In truth, it’s highly unlikely the Fed will ever be able to shut down the printing presses completely…let alone reduce its mammoth balance sheet or let interest rates rise on their own accord.

In truth, the Fed will smoke the printing press pipe dream until every last cent of the dollar’s value has been smoldered away.