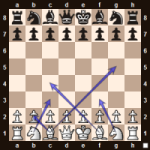 We don’t like it.  But we won’t deny it.  America’s buried itself under an immense pile of public debt over the last 40 years.

Time to grab a shovel and some gloves.  There’s plenty of digging out to do.  There’s also plenty of opportunity in doing it.  We’ll have more on this in a moment.  First, the grim facts…

But as the national debt’s been piled on with ever increasing heaps over this time.  Economic growth has diminished to near subsistence levels.  The progression was gradual at first.  Yet over the last two decades the growing burden has become inescapable.

The divergence between increasing debt heaps and diminishing growth has become wider and wider.  Whereas the debt to GDP ratio was 32 percent in 1980.  Today, it’s 110 percent.  Tack on U.S. unfunded liabilities – social security, Medicare Parts A, B, and D, federal debt held by the public, plus federal employee and veterans benefits – estimated to be over $153 trillion, and the debt to GDP ratio jumps to 637 percent.

However, this assumes GDP holds or continues to putter along at 2 percent.  The fact is, 2 percent GDP growth may be a wishful thing of the past.  Yesterday [Thursday], if you missed it, the Commerce Department reported that GDP isn’t growing; rather, it’s contracting – and it’s contracting a lot.  Specifically, it’s contracting at an annualized rate of 32.9 percent.

In other words, government debt is blowing out like a newborn baby’s diaper.  But that’s not all.  In addition to federal debt, there’s state, local, and private debt too…

State and local debt levels, in many jurisdictions, have also reached levels that are inescapable.  Outstanding U.S. mortgage debt’s approaching $15 trillion.  U.S. corporations are sitting on $10 trillion in debt.  And student loan debts at $1.6 trillion.

Rounding out the debt binge is $1.2 trillion in U.S. auto loans and nearly $1 trillion in credit card debt.  Unfortunately, all this debt dooms the economy to a perpetual state of zero to low growth for decades to come.  It also dooms the country to the social discord of a flailing economy.  Ruchir Sharma, writing for the Wall Street Journal, explains why:

“Easy money fuels the rise of giant firms and, along with crisis bailouts, keeps alive heavily indebted ‘zombie’ firms at the expense of startups, which typically drive innovation.  All of this leads to low productivity—the prime contributor to the slowdown in economic growth and a shrinking of the pie for everyone.

“At the same time, easy money has juiced up the value of stocks, bonds and other financial assets, which benefits mainly the rich, inflaming social resentment over growing inequalities in income and wealth.  It should not be surprising that millennials and Gen Z are growing disillusioned with this distorted form of capitalism and say that they prefer socialism.  The irony is that the rising culture of government dependence is, in fact, a form of socialism—for the rich and powerful.”

Indeed, the massive debt buildup and zombification of large swaths of corporate America is a severe hindrance to productivity.  Rather than fueling new businesses and new investments, the economy will function to service and roll over debt in perpetuity.  It will take a productivity miracle to ever get back to sustained GDP growth above 2 percent.

Where will America’s productivity miracle come from?  Public education is not teaching students what they need to know to compete in the global economy.

According to the National Center for Education Statistics, math scores of U.S. students rank 30th in the world.  The East Asian peers of today’s American students will eat their lunch in the growth industries of tomorrow.

Here’s where Black Lives Matter has a real opportunity.

The protests.  The riots.  The calls for reparation payments.  Social justice wealth transfers.  White privilege taxes.  All the nonsense.  Where’s the strategy?  Where’s the long-range ‘strategery’?

No doubt, those selling BLM T-shirts in Walmart parking lots are exercising gumption.  But it’s not gonna cut it.  Moreover, like bingo winnings, reparation payments will be quickly squandered while the unhappiness remains.

Here at the Economic Prism we hesitate to offer advice.  We don’t know the answers.  We hardly know the questions.  But we do observe, contemplate, and reflect…

And as far as we can tell the BLM movement is empty of ideas and without direction.  Hence, from a place of modesty, we offer an immodest suggestion:

If BLM was strategic they’d be fighting for school vouchers to start pumping out semiconductor engineers 10 to 12 years from now.

Within half a generation they could take a significant role in driving America’s much needed productivity miracle.  Apathy would be replaced with dignity.  The politics of race, class, identity would be vanquished.

Certainly, it would take hard work and relentless perseverance.  Yet it’s within reach…for those willing to take a grab at it.

Bottom-line, performance is the only measure.  Professional sports has shown that the best performers make the big bucks, regardless of race.  Why not become top performers in a high-paying growth industry?

This is an industry where America’s up and coming generation has fallen a step behind its global competitors.  There’s a need.  There’s demand.