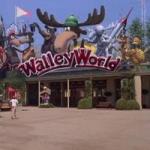 One of the fringe benefits of Washington’s stimulus program has been inflated stock portfolios.  This has delivered a great boon for certain state governments.  In Connecticut, for example, a state that taxes capital gains as regular income, this year’s budget surplus is projected to be $470 million.

That’s quite an achievement.  Especially when you consider the state’s rainy-day fund will hit an all-time high of $4.5 billion.  Federal coronavirus stimulus is also bringing $6 billion into the state.

Yet for the greedy fellows in the Connecticut state legislature the budget surplus is not nearly enough.  They want to soak the rich for the noble purpose of helping people.  Lawmakers are proposing a “surcharge” on high earners; single filers making more than $500,000 will be subject to a combined capital gains rate of 8.99 percent.

But that’s not all.  The state legislature also wants to create something it calls a “consumption tax.”  People earning more than $500,000 would pay 0.7 percent of their adjusted gross income.  That rate would rise to 1.4 percent for those earning $2 million, then 1.5 percent over $13 million.

The dillweed state planners already have grand plans for these coercive funds.  The money would go into a new Equitable Investment Fund that would be managed by an Equitable Investment Council.  The intent of the fund, in addition to collecting fees, is to reduce income inequality and redistribute wealth to certain disadvantaged groups.

Democratic Governor Ned Lamont recently had the gall to oppose the proposed taxation schemes.  And for that, hundreds of protestors showed up at his house and staged a mass ‘die-in’.  In this novel protest, freeloaders pretended to die in front of Mr. Lamont’s house because they want more free stuff…and he doesn’t want to give it to them.

This behavior, no doubt, has been conditioned in numerous states across the USA…

And why not?  California, another state that taxes capital gains as regular income, is flush with cash.

This time last year Newsom predicted California would face a massive budget deficit of $54 billion.  He begged for a federal bailout.

Now, instead of a deficit, the state has a $76 billion surplus.  What’s more, that’s before the state receives $27 billion in federal stimulus from the American Rescue Plan that Congress passed in March.

California is also using this windfall to hand out $116.5 million in prize money to those who’ve done their civic duty and gotten the COVID-19 vaccine jab.  One lucky vaccine badge of honor holder will score the maximum vaccine prize of $1.5 million.

Here at the Economic Prism we recognize that a million bucks ain’t what it used to be.  But we also know, from experience, that it’s still super hard to build up wealth of $1.5 million.  It takes hard work, discipline, sacrifice, saving, investing, and, still, some luck.

Good for whoever wins the $1.5 million maximum prize.  But if they follow the example of Newsom, they’ll squander it before Christmas.  Then, like Newsom, they’ll have to beg for a bailout.

Of course, the greatest example for wastrel squandering can be found in Washington…

Over the last 110 years Washington has become a sort of money sucking vortex.  At the Capitol Building sits a cadre of legislatures and an army of staffers working up new laws to take your money.

New rules, proposed rules, and notices are published daily in the Federal Register.  A quick read of the daily publication – presently about 80,000 pages – will enlighten and alarm you to the vast array of agencies, departments, and commissions and their vast array of daily nonsense.

With all these rules, it has become near impossible to earn an honest living, and set aside a few bucks, without the IRS stopping by uninvited for a fireside chat.  Was overtime pay properly reported?  Were company sponsored parking lot fees disclosed as taxable benefits?

Some of these rules Washington even changes after the fact.  For example, President Biden, in an effort to get his hands on the capital gains windfall, has proposed a budget for the upcoming fiscal year that assumes that a hike in the capital gains tax rate took effect in late April.  Biden plans to retroactively increase the top tax rate on capital gains to 43.4 percent from 23.8 percent for households with income over $1 million.

Yet sticking it to individuals and companies who work and operate within the borders of the United States is not good enough.  Washington also wants to cast its sturdy nets to encompass the entire globe.  Reuters reports:

“By the time of a G20 finance leaders meeting in Venice in July, there should be a good sense of unity around a global minimum tax structure, Adeyemo said.  He added that there would be many technical details to work out, so a final agreement may have to wait until G20 leaders meet in Rome at the end of October.”

Wally, and his cohorts at the Treasury, want to compel other countries to have a minimum corporate tax of 15 percent so that when the U.S. jacks its corporate tax rate from 21 percent to a proposed 28 percent it doesn’t appear to be so dramatically confiscatory.

Ireland, for example, has a corporate tax rate of 12.5 percent.  This has made the country extraordinarily attractive to businesses looking to set up shop in a tax friendly locale.  Ireland, while not a G7 country, is a member of the OECD and EU, and would have to accept these changes.  Naturally, Ireland is planning to resist.

The point is, here is another instance of Washington’s destructive arrogance.  Wally is working to compel the developed world to operate in conformance with American policies.

Certainly, this is nothing new.  But with the money suck in Washington hitting a fever pitch, and states using their bailout funds to soak the rich and sprinkle around stimmy checks and prize money, a trip to Walley World is the last place anyone should want to go…

…unless you like to pay good money to stand in line all day and get milked like a cow.  Moo!

Return from Welcome to Walley World! to Economic Prism

25 Responses to Welcome to Walley World!