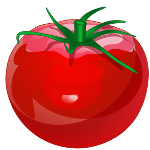 No one quite understands what’s going on with the economy as far as we can tell.  Looking to government reports for answers doesn’t help much either.  In fact, the government’s economic data actually generates more questions than answers.

For instance, last Friday the Labor Department reported 204,000 new jobs were created in October.  Not bad, at first glance.  But what were these jobs comprised of, really?  And will they result in a boost to household incomes?

From what we gather, 53,000 of these jobs were in leisure, hospitality, and restaurants.  Obviously, more new jobs are better than less or no new jobs.  But, unfortunately, these are not the jobs people make careers of or can rely on to build family wealth.

What’s more, even with the addition of these jobs the unemployment rate rose from 7.2 to 7.3 percent.  Huh?  How did that happen?

When the shutdown started, about 800,000 federal employees were furloughed.  But when the household survey was completed, about 350,000 employees had been recalled.  Somehow this explains why the unemployment rate rose even though over 200,000 new jobs were created.

An additional rotten egg buried in the report was the labor force participation rate.  It dropped 0.4 percent in October to 62.8 percent.  The last time labor participation was this low was 1978…about the time women entered the professional workforce in abundance.

By all accounts, the jobs report left a big fat question mark on the economy.  Is it growing?  Is it stagnating?  Your guess is as good as ours.

Another data point released last week that further muddied the waters on the economy was the gross domestic product report.  Again, at first glance, it appears things are improving.  The Commerce Department reported the U.S. economy grew at an annual rate of 2.8 percent in the third quarter…up from 2.5 percent in the second quarter.

But a scratch below the surface reveals that 0.8 percent was attributed to businesses building up their inventories.  “When inventories build up, it can mean two very different things,” notes CNNMoney.

“Either businesses have good reason to expect demand will pick up in the future, so they stock their shelves in advance.  Or, demand is weaker than they expected, and goods already ordered linger on shelves.”

So which is it?

We’ll have to wait for fourth quarter GDP numbers for confirmation.  However, it wouldn’t surprise us if inventories are negative in the fourth quarter.  Unloading warehouse storage may be more challenging than anticipated…even with the holiday season upon us.

What to make of it all?

Here at the Economic Prism we are always on the lookout for new or empirical experience.  Not because it’ll makes us more knowledgeable; but because, with a little luck, it’ll make us wiser.

You see, knowledge and wisdom are inversely correlated…and wisdom is what we are really after.  The wiser we become the less we know.  The greater our experiences the more our knowledge is replaced with wisdom, as long as we take the cotton out of our ears, and put it in our mouth, so we can quietly listen.

What we really mean is, as the late British journalist Miles Kington, once remarked, “Knowledge is knowing a tomato is a fruit; wisdom is not putting it in a fruit salad.”

Where the economy is concerned, the jobs and GDP reports represent some form of Mickey Mouse’d knowledge.  But we don’t recommend you use it for making decisions.  For if you really want to know what’s going on, take a look at your surroundings, and what you are experiencing.

From our vantage point, the economy seems to be trudging along, leaving occasional inklings things are improving.  But for the gut feeling another disaster is imminent, we’d say we’re mildly optimistic.  Maybe things are back on the up and up.  Or, perhaps, we are experiencing the period just before a tomato turns from ripe to rot.

Return from Tomato Economics to the Rich to Economic Prism