The Impulses of Lunar Fed Policy Under Repo Madness 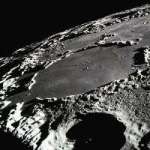 This week, while you were busy working, Jamie Dimon, CEO of JP Morgan Chase, took time out from rubbing elbows with fellow movers and shakers at the World Economic Forum in Davos, Switzerland, to share his trepidations:

“The only thing I have trepidation about is negative interest rates, QE, and the diversion between stock prices and bond prices and yield and stuff like that….  I think it’s very hard for central banks to forever make up for bad policy elsewhere, that puts them in a trap.  We’re a little bit in that trap today with rates so low around the world.”

Fair enough.  Though Dimon, in what we presume was an inadvertent omission, failed to share that his firm may have recently walked the Federal Reserve into an elaborate policy trap.  Now the Fed’s stuck.  JP Morgan’s thrown away the keys.  And Dimon’s reaped a significant windfall.

If you recall, between Monday night and Tuesday morning September 16/17 the overnight repurchase agreement (repo) rate hit 10 percent.  Short-term liquidity markets essentially broke.  The Fed had to intervene in the repo market, via overnight repo operations, to push the repo rate back below 2 percent.

Since then, overnight repo operations by the Fed have become a near daily occurrence.  What’s more, these daily operations have ballooned to the order of up to $120 billion and are being maintained indefinitely.

What exactly triggered the September 16/17 repo rate spike is unclear.  Did a large bank or hedge fund not have sufficient high quality collateral, which then froze them out of the repo market?

One theory is that JP Morgan had a hand in it.  Here CCN shares the abstract thinking of DataDash founder Nicholas Merten:

“At this point, the Fed had a choice.  They could have stay away from the repo market and watch interest rates skyrocket while stocks crash.  Or they could step in, supply liquidity and keep things humming.  We know how it panned out.

“JP Morgan wins twice in this situation.  First, they have the liquidity to initiate a large buyback scheme.  While pumping shares, they could dole out handsome dividends to attract more investors.  The result is a surge in stock price.

“Second, the bank [JP Morgan] forced the central bank [the Fed] to fund hedge funds and keep their over-leveraged positions open.  As long as these hedge funds have access to liquidity, the extended bull market will likely continue.  In other words, the Fed (through hedge funds) is helping drive up the price of JP Morgan (NYSE:JPM) shares.

Was this mere coincidence?  Was this an elaborate trap?  We’ll let you decide.

Regardless, the Fed’s now trapped…and there’s no safe way out.  Here’s why…

The Impulses of Lunar Fed Policy Under Repo Madness

The Fed will never allow the lack of liquidity of a major debtor to become an insolvency crisis that contracts the money supply.

This assumption, without question, will be proven false at the worst possible time.

The repo market, as we understand it, is where big banks and hedge funds conduct countless interlocking transactions, totaling as much as $3 trillion in debt being financed each and every day.  However, the repo market’s massive size and complex web of lending agreements makes it inherently fragile.  Everything works just great…until suddenly something breaks…

All it takes is the failure of a big bank or hedge fund to meet its commitments and the whole complex web of agreements comes undone.  In short, a liquidity crisis could quickly contract credit with far reaching implications.  Namely, rapid deflation.

For example, as noted above, on Thursday the Fed spread $74.2 billion between the overnight repo and the 14-day repo.  But get this…net liquidity declined.  Because of past operations expiring, outstanding short-term Fed liquidity injections fell by $10 billion.

How long will it take before the Fed makes a mistake, and repo rates shoot to the moon followed by a deflationary credit crisis?

More than likely, the Fed will error on the side of supplying excess liquidity.  But if the Fed overcompensates, consumer prices will quickly hyperinflate out of orbit.

Such are the impulses of lunar Fed policy under repo madness.