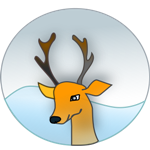 The Department of Commerce reported last week that U.S. gross domestic product grew at a 2.1 percent annual rate during the third quarter, not the 1.5 percent rate previously stated.  Apparently, private inventory investment was greater than initially estimated.  Nonetheless, GDP is significantly down from the 3.9 percent growth during the second quarter.

The more remarkable data point, however, was reported for corporate profits.  In particular, profits from current production decreased $22.7 billion in the third quarter.  This followed a $70.4 billion increase in the second quarter.

“Profits”, as reported by Reuters, “were down 8.1 percent from a year ago, the biggest decline since the fourth quarter of 2008.”  No doubt, a decline in profits that recalls Great Recession era weakness is not what executives are after.  Moreover, it’s likely a signal that business isn’t as strong as policy makers would have you believe.

Marriage of Convenience Headed for Divorce

In the meantime, U.S. corporations shouldn’t expect much help from the Federal Reserve.  In the global race to debase currencies, the Fed’s lagging behind its cohorts at the European Central Bank and the Bank of Japan.  Even the Chinese yuan, which has a soft peg to the dollar, continues to be incrementally devalued by the People’s Bank of China.

To the contrary, after seven years of ZIRP, the Federal Reserve will likely raise the federal funds rate a quarter percent at the next Federal Open Market Committee Meeting.  Obviously, the dollar has been rising in anticipation of this.  But there could be other unanticipated surprises just around the corner too.

For example, the smart fellows at Bank of America Merrill Lynch think the yuan-dollar exchange rate could fall another 10 percent in the coming year.  Here’s an excerpt from their outlook for the year ahead…

“The question is, given the semi USD/RMB peg and China’s increasing open capital account (which come at the expense of China’s monetary independence), whether China can live with higher US interest rates and a higher US dollar.

“We are skeptical.  This is why we think the USD/RMB peg, a marriage of convenience that has been the anchor for the global growth model for the better part of the last 15 years, is headed for a divorce, and we think the RMB devaluation on 11 August was a first small step in this direction.

“We see the RMB declining as much as 10 percent against the greenback in 2016, and we think this will fundamentally shape the investment outlook for the rates and currencies market.”

The wild economic ups and downs of the 21st century have indeed been magnified by the symbiotic disharmony of trade and managed exchange rates between China and the U.S.  Like most associations of convenience, it seemed innocent enough at first.  But, unfortunately, it was flawed from the get go.  It was based on the premise that extreme credit growth could persist forever and that the U.S. and China were somehow disassociated with the rest of the planet.

In short, for the greater part of the last 20 years, the U.S. Fed set lending rates artificially low to help spur economic growth.  Consumers in the U.S. took the cheap credit and bought gewgaws – like light up plastic reindeer antlers – made in China.  Then, rather than letting the yuan rise in value against the dollar, the People’s Bank of China would print up the corresponding amount of yuan they received in dollars through trade with the U.S., and pump them back into U.S. Treasuries, thus, propping up the dollar.

This nifty arrangement served to keep Chinese goods cheap in the U.S. and China’s manufacturing industry in business.  However, it wasn’t without consequences.  For it also resulted in massive U.S. trade deficits and massive malinvestment and inflation in China.

But now, with imports to U.S. ports stalling out, economic slowdown in China, and a strengthening dollar, the yuan’s soft peg is no longer to China’s advantage.  Now it has become a liability as Bernanke’s global savings glut has disappeared.

In effect, the strong dollar has severely hampered China’s export model…particularly to Europe.  What’s more, the vast investment wealth that flooded into China over the last several decades, to take advantage of China’s booming export model, is jumping from China like rats off a sinking ship.

Who knows?  Maybe a 10 percent yuan devaluation will prove to be a vast understatement.  Perhaps the yuan could implode by 50 percent in the coming year.  Naturally, these are the sorts of combustible scenarios that develop in the absence of a stable money supply.

Ironically, yesterday the International Monetary Fund approved the addition of the yuan to its Special Drawing Rights currency basket.  Thus the yuan will join the U.S. dollar, the euro, the Japanese yen, and the British pound to comprise the IMF’s SDR, starting October 1, 2016.

All things being equal, this should be bullish for the yuan…there will be greater demand for the currency.  Over the long-term there is no reason to doubt that the yuan will not strengthen.  But at the moment things are distortedly unequal.  Deflationary pressure from China’s slowing economy continues to build up against the yuan.  In fact, a significant devaluation in the very near future is becoming more and more likely.