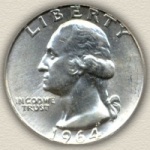 Price inflation is completely out of hand.  You know this.  Your dog knows it too.

Still, President Joe Biden wants you to believe he’s got it all under control.  Last month, for example, White House Press Secretary Jen Psaki insisted inflation is decreasing.  What a crock!

That was about the time White House chief of staff Ron Klain – an absolute goober – endorsed Jason Furman’s claim that America’s inflation and supply chain problems only affect a small part of the U.S. population.  Furman, a former Obama administration economist and economics professor at Harvard University, also tweeted that “most of the economic problems we’re facing … are high class problems.”

Ivory tower thinking like this has turned Washington into a land of idiots.  The elites are completely detached from reality.  And their policies are wreaking havoc on working class and middle class Americans.  We can’t change this.  But we can revel in what it represents…

You see, one of the unspoken delights of the 21st century American experience is zeroing in on the precise moments when reality can no longer be covered up with lies.  Like when America invaded Iraq and didn’t find weapons of mass destruction.  Or when Fed Chair Ben S. Bernanke said impacts from problems in the subprime market were likely to be contained and then Lehman Brothers went belly-up.

This week price inflation attained this special status.  Reports fabricated by government bean counters could no longer bury the truth.

In truth, the CPI is rising at more than double the rate of what’s officially reported.  Nonetheless, the fact that the official CPI was reported at 6.2 percent documents a moment when reality could no longer be covered up with lies.  Mark it on your calendar.

Is the Fed now changing its message on inflation?

Not quite.  But in an effort to get ahead of this week’s disastrous PPI and CPI reports, the Fed did modify its inflation storyline.  According to Federal Reserve Vice Chair Richard Clarida, inflation is still transitory…only it’s transitory for longer.

“[T]he baseline outlook for inflation over the three-year projection window reflects the judgment, shared with many outside forecasters, that under appropriate monetary policy, most of the inflation overshoot relative to the longer-run goal of 2 percent will, in the end, prove to be transitory.”

This remark was made in a November 8 speech at the Symposium on Monetary Policy Frameworks.  There, Clarida also provided his inflation forecast with the confidence of a weatherman predicting next week’s ambient temperatures…

So, by 2025, core PCE inflation will be back in line with the Fed’s holy grail inflation rate of 2 percent.  Thus inflation will be transitory for roughly three years.  Clarida also followed up his forecast with two clarifications…

“Let me be clear on two points.  First, realized PCE inflation so far this year represents, to me, much more than a ‘moderate’ overshoot of our 2 percent longer-run inflation objective, and I would not consider a repeat performance next year a policy success.  Second, as always, there are risks to any outlook, and I and 12 of my colleagues believe that the risks to the outlook for inflation are to the upside.”

Indeed, the inflation barreling down the turnpike will be much greater and much more intense than the Fed anticipates.  Here’s why…

Before 1965, U.S. quarters were made of 90 percent silver.  But by the mid-1960s deficit spending had debased the dollar to the point where the silver content in the quarter was worth more than $0.25.  Faced with the choice of tightening its belt or doing the expedient, Washington did what it always does…it did the expedient.

On July 23, 1965, President Johnson approved the Coinage Act of 1965, which removed silver from circulating coins.  Reality could no longer be covered up with lies; a quarter dollar had been debased well beyond the value of its silver content.

After 1964, the quarter has been made of nickel and copper; these alloy tokens can be debased along with the debasement of the dollar.  They are worth $0.25…and $0.25 progressively becomes worth less and less.

Like the pre-1965 quarter, most other goods and services have been repriced relative to the dollar’s declining value.  Moreover, pre-1965 prices are gone forever.  They’re never coming back.

Make no mistake, the price inflation that’s underway is not transitory at all.  Rather, it’s permanent.  In fact, we believe a long-term mass repricing of materials, goods, and services, is now taking place.

Pre-2020 prices, much like pre-1965 prices, are gone forever.  Deficits of $5.9 trillion over the 24 months ending September 30, 2021, and a Fed balance sheet expansion of nearly $5 trillion over the same period, have irrevocably damaged the entire pricing structure of the financial system and the economy.

Price inflation is on the move.  Reality can no longer be covered up with Washington’s lies.  We expect this episode of inflation will be one for the history books.

Return from Pre-2020 Prices are Gone Forever to Economic Prism