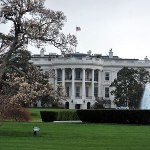 According to the Department of Commerce, U.S. gross domestic product increased at an annual rate of 1.2 percent in the second quarter of 2016.  This, unfortunately, isn’t indicative of the sort of robust economic activity that will grow the economy out of debt.  In fact, as growth is stagnating, deficits are increasing.

As far as we can tell, neither Hillary Clinton nor Donald Trump is talking about the U.S. debt problem.  What’s more, they’re economic platforms both include massive spending programs.  The difference, of course, will be made up with debt.  But how much debt can the next president really add?

Whether Clinton or Trump realizes it or not, whoever wins the election will be forced to deal with the debt problem.  They may not like it.  They may not agree with it.  But this is the burden past presidents and congresses have left the next president.

Regrettably, the debt problem is far worse than advertised.  According to Professor Laurence Kotlikoff, the U.S. fiscal gap is around $200 trillion.  This is dramatically different than the $19.5 trillion federal debt that is commonly cited.  The vast disparity is the result of Kotlikoff calculating the difference between projected financial obligations and the present value of all projected future tax and other receipts.

To balance the interests of those now receiving benefits and those who hope to receive benefits in the future, Kotlikoff’s calculated that the government would need to raise every single federal tax by 53 percent.  Alternatively, the government could cut all federal expenditures by 34 percent.  We can’t recall Clinton or Trump mentioning an immediate and permanent 53 percent increase in federal taxes as part of their campaign.  Can you?

Right now there’s a gaping hole between what people are expecting to receive – in the form of Social Security of Medicare – and the funding to cover it.  Short-sighted solutions to boost the economy through stimulus programs, financed via deficits, ultimately make the debt problem worse.  One way or another, the next president will have to deal with this.

However, there is an alternative…

If you didn’t know, Kotlikoff’s running for president as a reluctant write-in candidate.  Does he have the experience to be president?  Not really.

But neither does Trump.  Moreover, while Clinton appears to have a presidential resume her job performance while Secretary of State is downright disgusting.  She should be in prison for committing federal crimes.  Plus, the way she tickled the pooch on Benghazi with ice-covered ambivalence should be reason enough why she’s unfit to be president.

Does Kotlikoff have a chance to win without a major party behind him?  An establishment minded person would say he doesn’t stand a snowballs chance in hell.  But that doesn’t mean you shouldn’t vote for him.

For if you have significant reservations about Clinton and Trump, and don’t want to soil your vote by poking out the chad next to either of their names, there’s a simple solution.  Take a personal stand against the derisory two party political system and vote for Kotlikoff.

Kotlikoff’s researched, studied, and contemplated the fiscal gap more than just about anyone.  He’s forgotten more about it than Clinton and Trump will ever know combined.  He’s also one of the few academic economists to speak truthfully about the unfavorable facts facing Americans.

You can learn about his platform, including issues beyond the economy, here: Kotlikoff 2016.

Return from Laurence Kotlikoff for President to Economic Prism

1 Response to Laurence Kotlikoff for President