Is It Game Over For Washington Checkers Players? 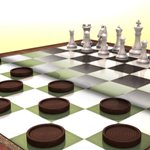 This mismatch is grossly evidenced by the recent salvos in the financial warfare being waged between NATO allies and the burgeoning Sino-Russian alliance.

The initial centerpieces of the massive sanctions against Russia included cutting Russian financial institutions off from SWIFT and preventing the Russian Central Bank (Bank of Russia) from using its foreign currency reserves.  Orders to ‘freeze and seize’ the assets of Russian oligarchs soon followed.

At the time, NPR breathlessly reported on the excellence of this monumental cooperative action.  The genius of the allied elites was celebrated before the effectiveness of the sanctions was known.  Failure of such a shrewd and unified move was out of the question.

But Putin had his own countermeasures ready.  To stabilize the ruble, the Bank of Russia offered to buy gold from Russian banks at a fixed price of 5,000 rubles per gram, thus linking the ruble to gold.  This quickly limited the ruble’s devaluation in terms of U.S. dollars because gold trades in dollars.

Then, in retaliation for the sanctions, Putin required foreign buyers of Russian gas pay for their imports using rubles.  This is significant because Russia is the world’s largest natural gas exporter.  What’s more, Europe is dependent on Russian natural gas for about one-third of its total demand.

By linking the ruble to gold and then linking energy payments to the ruble, the Bank of Russia and Putin are fundamentally altering the entire rulebook of the global trade system.  They’re also accelerating change in the global monetary system.

The implications of these actions have recently been detailed by Credit Suisse analyst, Zoltan Pozsar, and Alasdair Macleod via GoldMoney.com.

Since 1971, the global reserve status of the U.S. dollar has been underpinned by oil.  The petrodollar era has remained in place because of the world’s continued use of U.S. dollars to trade oil and the U.S. government’s – and the U.S. military’s – ability to prevent any competitor to the dollar.  Might makes right.

But now the foundation of the dollar’s reserve currency status has been compromised.  Could the beginning of the end of that 50-year system now be within sight?

The only response U.S. leadership has shown is their determination to hasten the dollar’s demise.  Hillary Clinton, a checkers player, even resurfaced recently to elaborate the Biden administration’s strategy:

“The only way that we’re going to end the bloodshed and the terror that we’re seeing unleashed in Ukraine, and protect Europe and democracy, is to do everything we can to impose even greater costs on Putin.  There are more banks that can be sanctioned.  There is an increasing call for doing more on gas and oil. […] So I think that now is the time to double down on the pressure.”

No doubt, the war in Ukraine is terrible.  The carnage of innocent people is inexcusable.  And as Bill Browder, founder and CEO of Hermitage Capital Management, knows through first-hand experience, “Putin is evil.”

But, at this point, sanctions have been much less effective at deterring Putin than Javelins and Stingers.  Will doubling down on sanctions somehow change this?

Regardless, doubling down on greater sanctions will certainly undermine the dollar’s supremacy.  Here’s why…

Is It Game Over For Washington Checkers Players?

Russia has been building an alternative system to SWIFT.  It’s called the System for Transfer of Financial Messages (SPFS).  The Bank of Russia maintains the SPFS.

The system, similar to the U.S. FedWire system, has broad capabilities within Russia.  However, the Bank of Russia is also actively integrating SPFS with other countries, including China, India, and Iran.  But that’s not all…

The Bank of Russia has been working to integrate SPFS with China’s Cross-Border Interbank Payment Systems (CIPS).  Cutting Russia out of SWIFT may be problematic for cross-border payments in the short-term.  But in the mid-term it will hasten the use and adoption of CIPS by nations that are opposed to western influence.

CIPS integration and adoption still has a long way to go.  But, if you didn’t know, trade, including trade in oil, is also taking steps to circumvent the dollar.  According to Reuters:

“China buys three times as much oil from Saudi [Arabia] as the United States does.  The People’s Republic [of China] is Saudi’s biggest trading partner, purchasing nearly 20 percent of the kingdom’s goods, compared to 5 percent two decades ago.”

And, according to the Wall Street Journal:

“Saudi Arabia is in active talks with Beijing to price some of its oil sales to China in yuan.”

Naturally, the earth always shatters at the worst possible time.  Consumer price inflation, as measured by the Consumer Price Index (CPI), was reported this week.  The official inflation rate is now 8.5 percent.  When calculated using 1980s methodologies, the inflation rate is approximately 17 percent.

By our rough calculations, the official CPI will eclipse 10 percent before the dog days of summer.  Moreover, with the geniuses in Washington doing everything they can to undermine the dollar we could see double digit inflation for the next decade – or more.

Throw a new gold and commodity backed monetary system into the mix and it could soon be game over for Washington checkers players.

[Editor’s note: Surveillance tools that would make the secret police salivate are about to be turned against your finances.  Quite frankly, I don’t like it one bit.  For this reason, I dedicated the past 6-months researching and identifying simple, practical steps everyday Americans can take to protect their wealth and financial privacy.  The findings of my work are documented in the Financial First Aid Kit.  If you’d like to find out more about this important and unique publication, and how to acquire a copy, stop by here today!]

1 Response to Is It Game Over For Washington Checkers Players?