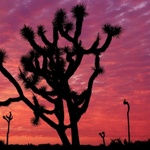 Modern economists are prone to shouting fire in a crowded theater.  The world is full of seeming incongruences.  Economists puzzle over things like population growth and arable acres of farmland.  They project out a linear scenario of increasing divergence, and see a catastrophe in the making.

Yet it is beyond individual human capacity to precisely fit each piece of the puzzle together, particularly where the shapes and numbers of pieces are continuously changing.  That is what markets are for; to make real time corrections and adjustments, which keep things from slipping too far into disorder.

Most of the time markets work remarkably well.  But occasionally, and especially where governments have commandeered a nation’s economy or its money, disaster strikes.  That’s when it’s time to get out of Dodge.

Specifically, the rare and valuable commodity we’re after is silence.  We don’t get enough of it.  We need more of it.

Without question, silence is an essential element needed to think, contemplate, and discern just what in the world’s going on.  Silence is also essential for lucid conjecture.  Without silence, it’s near impossible to rise above the noise and distractions, and peer out beyond the horizon to see what’s coming.

Yet silence is not all that we’re after out here in the middle of nowhere.  We’re also after perspective and empirical awareness.  We want to observe how it is that anything lives in these bleak and rugged conditions.  We also want to understand where and where not to go when the time comes to get out of Dodge.

The wickedness we see developing just beyond the horizon has been gathering for some 80 years.  We’re talking upward of $60 trillion in combined public and private debt.  This debt is supported by about $20 trillion in nominal GDP.  Conversely, the GDP, which is an abstraction, is supported by the extraordinary levels of debt.

Over an extended period, the impossible can be made possible with greater and greater issuances of debt.  But ultimately, a giant pyramid of debt that’s constructed on top of a faulty foundation of debt based collateral always comes crashing down.  That’s a fact.

Hence, a complete financial meltdown and mass debt reckoning that reverberates through the economy for several decades is in order.  There’s no way to stop it.

So we must learn to delight in it.  Even in the harshest of conditions, there are still things to be grateful for…if you stop to count your blessings.

Finding Perfection In A Strange Land

Sunrise is always perfect at Joshua Tree National Park.  As the day eclipses night, and countless stars fade away, the desert scape dances about in a state of magic.  From Cholla Cactus Garden, the sun peeks over the eastern horizon like a glowing orb.

The sky’s colors dramatically sequence from purple, to pink, to orange, and then yellow.  The brightening sky also awakens the winds, which propel the color glinting clouds across the expansive sky like a twisting kaleidoscope.  Our words cannot properly describe it.  Our eyes could not hold onto it.

Alas, the enchantment is fleeting.  Soon the colors dwindle and the potent desert sun takes over.  Before long it feels like you’re walking through a gigantic oven.

Fringe-toed lizards use their webbed feet to dart across the loose blow sand.  Ground squirrels rise up on their hind legs like Homo erectus and stare at you with a frozen gaze.  This, indeed, is a really strange land.

The namesake Joshua Tree dots the landscape and has an appeal that grows over time.  At first look, a Joshua Tree appears to be some sort of deformed mutant.  Is it a cactus or is it a tree?

As far as we’re concerned, the answer doesn’t matter.  Each Joshua Tree has been warped and twisted about by the hot desert winds in its own unique and sometimes eccentric character.  What to make of it?

Mormon pioneers, upon first observing the curious trees, thought they saw the likeness of Joshua of the bible; the extended limbs appeared to them as Joshua with his upraised arms.  They named the trees accordingly.

The Cahuilla Indians, who somehow inhabited the area long before westerners ever passed through, used Joshua Tree fibers to make sandals and nets.  Branches were used to make quail traps.  The spirits of dead men tell these tales through the petroglyphs etched on the rock formations.  To our untrained eye these rock art appear to be the scribbles of a 3-year old.

Apparently, the secret to the Cahuilla Indians’ survival in these hard conditions was their ingenuity.  Where most people saw a barren desert, the Cahuilla saw a land of plenty.  According to Archaeologist Charlotte Hunter, 121 plant species have been identified as having been used for food, medicine, or as raw materials for making objects.

As a practical area to go to when getting out of Dodge, Joshua Tree is not a long-term option.  Only the craggiest of desert rats can survive out here for an extended period.  Nonetheless, there’s an abundance of silence out here.  If you’re in need of this precious commodity, this locale is worth the visit.

Return from Getting Out of Dodge to Economic Prism