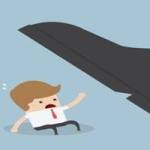 Anyone with half a brain knew there would be hell to pay for locking down the economy and simultaneously printing and spewing out trillions of dollars of confetti money.  The bill has finally come due.

Did you see the latest consumer price index (CPI) report?

According to the government bean counters consumer price inflation, as measured by the CPI, increased in September at an annual rate of 8.2 percent.  While this is down slightly from several months ago, the year-over-year increase in prices is still near a 40-year high.

Because as interest rates rise, bond prices fall.  This inverse relationship, which has been in existence since financial markets were invented, is wreaking havoc on debt investors.  The value of the paper they’re holding is vaporizing in their hands.

The logical thing to do is to sell – and sell first – before the value falls even more.  Thus, a selling momentum takes over, driving rates higher and bonds lower.

At the moment, fund managers and bankers are making a mad dash for the exit.  At the same time, they’re anticipating more bailouts to paper over their blunders.  It’s a dangerous time for your money and investments.  If you’re not attentive, you could get trampled…

Stoning of the Devil

Modern man is predisposed to herd behavior.  What’s more, the human animal, when surrounded by a mob of other human animals, will take just about anything and everything to the extreme.

“Men, it has been well said, think in herds; it will be seen that they go mad in herds, while they only recover their senses slowly, and one by one.”

The remark was made by 19th century journalist and author Charles Mackay in his work, Extraordinary Popular Delusions and the Madness of Crowds.  His observation carries forward to the present.

On September 24, 2015, for instance, over 2,400 people were trampled to death during the Hajj Stampede in Mina, Mecca, Saudi Arabia.  The great crush took place at the intersection of streets 204 and 223, leading up to the Jamaraat Bridge.

The Jamaraat Bridge is a pedestrian bridge where pilgrims throw pebbles at the three jamart pillars.  This is part of the Hajj, Stoning of the Devil ritual.

What exactly happened is disputed.  From what we gather, the fatalities were triggered when two massive mobs of pilgrims intersected from different directions onto the same street.  There simply wasn’t enough room for everyone to fit.  The masses collided; pilgrims were crushed.

At extreme densities, people become so tightly pressed against each other that they can no longer move as individuals.  Currents flow through the crowd like a wave approaching the shore.

When someone falls, and people reach down to help, waves of bodies flow into the void.  People are inadvertently crushed.

This is a very grim account, no doubt.  We mention it not to make light of the tragic loss of human life.  But, rather, as a point of instruction.

Financial markets routinely open avenues for mobs to stampede down.  This is especially true when central bankers dictate wild swings in the supply of money and the price of credit.

The fear and greed prospects of scarcity and abundance offer remarkable opportunities for extreme human folly.  Manias, panics, and crashes come to pass with shocking regularity.

After an abundance of speculations have piled up on one side of a trade, they must eventually reverse course and charge elsewhere.  The precise moment and duration often coincide with a reversal in interest rates.  Moreover, when the time comes, those standing in harm’s way get trampled.

Indeed, social moods and mass collective movements cycle over and under in ways that are only really predictable in hindsight.  Nonetheless, an alert observer, with some appreciation of history, can anticipate what’s coming.

Since March of this year the Federal Reserve has been hiking interest rates in a desperate effort to contain raging consumer price inflation.  As noted above, the rapid price increases in consumer goods and services are a direct consequence of government mandated lockdowns combined with mass money printing.

Swift increases in interest rates can be devastating to financial assets.  This is particularly true of the debt market.  As interest rates go up, bond prices go down.  Moreover, when leverage (i.e., debt) has been used to buy bonds (i.e., debt), the devastation is extra special.

Asset prices, such as bonds and stocks peaked earlier this year.  They’ve been deflating in fits and starts ever since.

Price adjustments can be orderly.  However, they can also be disorderly.  When there’s a panic, the rush to the exit can turn to a stampede.

Declining asset prices turns to a stampede of selling via margin calls and forced liquidation.  The result is crashing asset prices.  In the case of UK pension funds, the Bank of England (BOE) had to step in as the buyer of last resort.

This is old news by now.  But what you must understand is that the angst in UK gilts is not contained.  German insurers, banks, and pension funds are also being trampled by rising interest rates.

Earlier this week, David Goldman at Asia Times noted that “the spread between German government bonds (Bunds) and interest rate swap agreements jumped above the previous record set in 2008.”  Moreover, “the cost of hedging German government debt with interest-rate options, or option-implied volatility, meanwhile rose to the highest level on record.”

The bills are also coming due for Italy.  The Country has €245 billion ($238 billion) of government bonds needing to be refinanced next year and €230 billion in 2024.  Italian 10-year yields have more than quadrupled this year, spiking up to 4.7 percent.  In addition, three-year yields, which were negative at the start of the year, are now above 3.5 percent.

And in what must be, without a doubt, one of the crowning achievements of central planning, Japan’s benchmark 10-year bond did not trade for at least four straight trading sessions this week.  This comes after the Bank of Japan has spent trillions of yen – created out of thin air – to suppress the yield for the purposes of sustaining easy money in the face of global tightening to contain inflation.

The yield on the Japanese 10-year bond has, in effect, become so grossly price fixed that no one wants them.  As one analyst put it after day three, in paraphrasing Steve Quale, “Japanese financial policymakers are experiencing an eyewitness’ view to a colonoscopy.”

You see what’s going on, don’t you?

Decades of artificially low interest rates, suppressed by central bankers, have turned insurers, bankers, pension fund managers, and finance ministers and treasury secretaries into degenerate gamblers.  For several decades the table had been titled to lower and lower rates.  The tables have now turned.

Here in the U.S., debt markets are also getting trampled.  Per our friends at ZeroHedge:

“Bloomberg’s measure of prevailing liquidity conditions in the US Treasury market is at its most stressed since the peak of the COVID lockdown crisis.

“The last time Treasury liquidity was this bad, The Fed injected $1 trillion every day to unlock the bond market and launched $120BN in QE to short circuit a catastrophic USD short squeeze.”

[Editor’s note: Today, more than ever, unconventional investing ideas are needed.  Discover how to protect your wealth and financial privacy, using the Financial First Aid Kit.]

Return from Debt Markets Get Trampled to Economic Prism