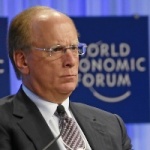 Finding and filling gaps in the market is one path for entrepreneurial success.  The first to tap into an unmet consumer demand can unlock massive profits.

But unless there’s some comparative advantage, competition will quickly commoditize the market.  Profit margins will decline to just above breakeven.

“You should either be first or be better than your competition.”

We don’t know who the original source of this often-repeated business advice is.  Like most advice on the subject, it sounds smart while not being all that useful.

From our experience, finding and filling gaps in the market, and being better than the competition, is extremely difficult.  Even the most successful entrepreneurs fail more than they succeed.  And success in one endeavor doesn’t guarantee success in another.

Anyone who has ever developed and marketed a new product from concept through sale knows how difficult it is to achieve profitability.  For every good idea there must be a hundred bad ones.

Yet the only way to really know the difference between a profit generating idea and a cash hemorrhaging fiasco is through trial and error.  To put it out there and let the market decide.

Success and failure provide real feedback.  They deliver information – at a profit or loss – to businessmen and investors.  What’s working?  What isn’t?  What adjustments can be made to help eke out a profit?

These are the types of information that only the market can provide.  When something impedes this information, there are destructive consequences…

What happens when the feedback loop is short circuited and a potential gap in the market is not really a gap after all?  What if fraud and deception dupes otherwise intelligent people into throwing good money after bad?

In his perennial classic, “Manias, Panics and Crashes”, author Charles Kindleberger includes an entire chapter on the Emergence of Swindles.  One of Kindleberger’s insights is that speculative booms, often resulting from cheap credit monetary policies, sow seeds of white-collar crime and subsequent financial distress.  Here we turn to Kindleberger for edification…

“Commercial and financial crises are intimately bound up with transactions that overstep the confines of law and morality, shadowy those confines may be.  The propensities to swindle and be swindled run parallel to the propensity to speculate during a boom.  Crash and panic, with their motto of sauve qui peut, induce still more to cheat in order to save themselves.  And the signal for panic is often the revelation of some swindle, theft, embezzlement, or fraud.”

No doubt, sleight of hands, smoke and mirrors, trick plays, and the like, add a certain lighthearted delight to life.  The fumblerooski.  The melon drop.  The kid that throws mud at your car a half block before his brother’s car wash.

Cons and scams like these sharpen our wits.  They prepare us for people and situations that aren’t quite as upright as they first appear.  They help protect our pocketbook from encounters with mutual fund brokers, Larry Fink, and charity fundraisers.

The abundance of cheap credit supplied by central bankers over many decades have amended soils that are fertile for elaborate swindles.  Many of these swindles have the appearance of legitimate business operations.

The recent collapse of the United Kingdom (UK) gilt market’s long maturities, which required Bank of England (BOE) purchases of tens of billions of pounds of long gilts to stem a Lehman moment, shined a spotlight on something called liability driven investing (LDI).

BlackRock, a swindler of LDI fund products, and a bank that was effectively bailed out by the BOE last week, has attempted to clarify what LDI is and, in its own words, “set the record straight”:

“The amount [public pension] retirement plans are expected to pay out to their members in the future are also known as liabilities, and so-called ‘liability-driven investing’, or LDI strategies, aim to match the value and time horizon of their current assets to those future liabilities.

“One way retirement plans to minimise possible shortfalls is by using some of a given fund’s assets to borrow capital, so that the scheme can invest further to grow the value of their current investments for the benefit of future retirees.

“Given some pension funds have less assets than liabilities, there is a need for schemes to use borrowing to get both the necessary exposure to liability-sensitive assets as well as exposure to growth assets, like equities, to help make up those shortfalls.

“Pension trustees and their consultants determine their own objectives and asset allocation and therefore the amount of exposure to LDI strategies.  Asset managers, meanwhile, advise on how to structure and implement those strategies on behalf of their clients – adjusting them so that they continue to be effective in changing market conditions and meet the objective of the pension funds.”

What the BlackRock propaganda failed to mention is that the ugly situation is the UK was because pension funds had used LDI to leverage their gilt portfolios through interest rate swaps and repurchase agreements up to seven times – 7X! – to match their actuarial liabilities.

For example, as happened in the UK, with over £1 trillion outstanding, levered to the extreme through BlackRock’s LDI funds, rising interest rates forced a doom-loop of selling to meet margin calls.  Billions of pounds in pension funds faced immediate collateral risks.  Thus, pension funds were forced to sell off various assets to raise cash to cover their bets.

Those sales were crashing the value of all those other assets like a fire sale.  The demand for collateral was large enough to crash the entire bond market in another twenty-four hours if the BOE didn’t step in as the new emergency buyer of first resort.

To be perfectly frank, until this UK pension hubbub we’d never heard of LDI.  Had you?

One would be forgiven for confusing the acronym LDI – or QE – for a prophylactic or some other mean or method for controlling extreme diarrhea.  In reality, LDI is an elaborate swindle that was birthed out of several decades of artificially low interest rates suppressed by central planners.  What’s more, the premise of LDI starts from another elaborate swindle; that is, public pensions.

The fact is, in the U.S., like in the UK and many other developed nations, public pension funds are grossly underfunded.  Consequently, more and more pension funds are borrowing money to play the markets.  The goal is to boost returns to cover their massive funding gaps.

The roughly $469 billion California Public Employees’ Retirement System (CalPERS) is the largest public pension fund in the U.S.  It’s so large it takes 2,843 full time equivalent positions to administer it.

At last count, there were over 2 million members in the CalPERS retirement system.  Starting in July of this year, CalPERS began adding leverage for the first time in its 90-year history.

What side do you wager on the over/under that the Federal Reserve is called upon to bail out CalPERS within the decade?

[Editor’s note: Today, more than ever, unconventional investing ideas are needed.  Discover how to protect your wealth and financial privacy, using the Financial First Aid Kit.]

Return from Who Else Bought BlackRock’s LDI Swindle Products? to Economic Prism

24 Responses to Who Else Bought BlackRock’s LDI Swindle Products?