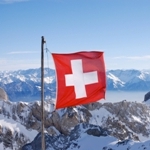 Despite the reformers endless efforts to encircle mankind, some persist beyond the broad extent of their casted net.  In the backwaters of the Republic, for instance, the distant rumble and flicker of Saturday night hootenannies still befall yonder the mighty oak groves.  In defiance of all things good and proper, the unconsecrated gather under the pale moonlight and jig step to zydeco washboard rhythms while downing tipples of corn syrup and fermented grain.

These knees-ups certify that, even in this era of big government, there remain places in the lower forty-eight where freedom reigns.  Across the planet, no doubt, there are pockets of liberty where individuals can use whatever light bulb they want without fear of the pokey.

These places are uniquely exceptional with their own distinct rhyme.  But, in common, they’re all places where the air smells sweet, the water flows clean, and the people can hold their chin up.

Similarly, the backwoods of the old world, rare as they may be, have not been entirely defamed.  Though old world songs are more rigid – and drinks more dry – than they’re new world counterparts, there are still places where people come together with gusto, and without interference, to dance the polka around the mulberry bush.

The Scourge at Davos

Davos, Switzerland, located along Landwasser River, in the Swiss Alps, is not one of these places.  For 51 week out of the year it’s a wealthy enclave and ski resort.  However, for one week the place is overrun by business, political, and academic reformers at the annual World Economic Forum.

Last week the big gathering went down.  Here we’ll attempt to recount some of the highlights…

The Davos illuminati’s primary scourge at this year’s World Economic Forum was ‘capitalism.’  For whatever reason, maybe cognitive dissonance, it was fashionable for the elites to knock the economic system that made their wealth possible.

Sharon Burrow, chief of the International Trade Union Confederation thinks “we’ve lost a moral compass.”  Luckily, with all the uplifters present, it didn’t take long for Burrow to receive a solution.  Joe Echevarria, CEO of Deloitte, quickly proposed “compassionate capitalism,” as a means to find the missing moral compass.

We’re not quite sure what Echevarria meant by “compassionate capitalism,” but we imagine saying it felt good…particularly to a room full of ardent world improvers.  Perhaps to clarify, and to lighten the burden of all the fat cats, David Rubenstein, co-founder of the Carlyle Group, explained that, “Capitalism may be the worst form of systems, except for every other system.”

Clearly, the discourse at the World Economic Forum was all fluff and flair.  In fact, the highlight was not German Chancellor Angela Merkel’s keynote address on the importance of a unified Europe.  Nor was it Microsoft co-founder Bill Gates’ campaign to fight malaria, AIDS, and tuberculosis.

The real highlight of the World Economic Forum had nothing to do with its high ranking attendees and their hifalutin bosh.  Rather it had to do with the collection of misfits that gathered to harangue the rich and powerful.

Outside the ring of steel erected by Swiss soldiers, Occupy World Economic Forum protesters camped in igloos.  They dissented.  They objected.  They remonstrated.  One group of women, not affiliated with the Occupy protest, even took their shirts off.  From what we gather the stir caused quite a disruptive hubbub.

By all accounts, mocking the muckety-mucks was a rip roaring goodtime.  Surely, it’s the closest Davos will ever come to a backwater hootenanny.  But by the time it was over, the Saturday night barn stomp became a Sunday morning salvation call…

“We need to commit to save the world,” proclaimed Yasuchika Hasegawa, chief executive of Japanese pharmaceutical giant Takeda.

Here, indeed, the whole spectacle of the Davos World Economic Forum was exposed for exactly what it was…100 percent nonsense.

Return from Davos Hootenanny and Salvation Call to Economic Prism