A Valuable Lesson on Money Creation 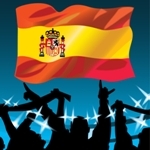 “No, absolutely not,” answered European Central Bank (ECB) President, Mario Draghi on Saturday over croissants in Paris.  He was responding to a question from the French newspaper Le Monde, asking if the euro were in danger.

There are numerous axioms out there for anyone with the desire to incrementally understand how the world works.  There are also several fundamental facts of life that one must know to grow and prosper…

‘A fool and his money are soon parted.’  This simple knowledge, for instance, will give one an unfair advantage over nearly 90 percent of their peers.  Similarly, ‘never stiff the IRS’ will save them plenty of time, agonizing pain and penalties…and, maybe, even a trip to the hoosegow.

In the case of Draghi’s recent comments, the critical insight is found in the familiar saw…

‘How can you tell when a politician is lying?’

‘His lips are moving.’

The point is, when a politician or a central banker says “no, absolutely not” about anything, one should always expect the opposite will happen.  Ultimately, the fate of the euro is not up to Draghi or other Eurozone technocrats…it’s up to markets…

Is There Any Money in the EU Kitty?

Last week, for example, Spanish debt caught fire like a Malibu canyon wildfire.  On Friday, for the second day in a row, 10-year Spanish bonds remained above 7 percent.  Then, yesterday, they climbed to over 7.5 percent…their highest level since the euro was created.  Note that yields above 7 percent are generally considered to be above the level where issuing new bonds to pay current debt becomes impossible.  If borrowing costs don’t fall soon, Madrid will lose access to credit markets.

What’s more, despite agreement by Eurozone finance ministers on Friday to make rescue loans to Spanish banks of 100 billion euros ($122 billion), Spanish debt continued to rise.  No one believes the bailouts will solve the debt problem.  Clearly, things are rapidly coming undone in Spain and the European Central Bank is about to take a holiday…

‘“Demand for Spanish paper is collapsing, even for shorter-dated debt which is very worrying and raises the spectre of Spain losing market access,’ said Nicholas Spiro from Spiro Sovereign Strategy.

“Marchel Alexandrovich from Jefferies Fixed Income said the markets are already bracing for a second bigger rescue of around 400 billion euros.  ‘“A few more weeks like this and Madrid is going to decide it has nothing more to lose and call for a full sovereign bail-out,’ he said.  ‘“Then we will find out if there really is any money in the EU kitty.

‘“If the ECB goes on holiday without doing anything more, this is going to snowball.  We’re way past point where any country can deliver fiscal measures on its own.  People are not going to buy Spanish and Italian debt right now whatever they do.  There has to be a circuit breaker.”’

A Valuable Lesson on Money Creation

Of course, the circuit breaker that Spain, Draghi, and the entire Eurozone are depending on is Germany.  More exactly, the circuit breaker is the savings of the German people and their government’s willingness to use it to bailout Spain and others.  The International Monetary Fund (IMF) has reservations…

“The IMF said in its yearly report on the Eurozone that the deepening crisis raises concerns about the ‘viability of the monetary union itself.’  It warned that the ‘adverse links between sovereigns, banks, and the real economy are stronger than ever.’

“The report said EMU [Economic and Monetary Union] is “unsustainable” as constructed and called for a radical shift in policy, including a monetary blitz by the ECB, a banking union, and debt pooling.

“The plea seems starkly at odds with the mood in the Bundestag.  Bail-out fatigue has reached exhaustion.  ‘We create red lines, only to cross them.  We can’t go on like this,’ said Mr. Steinmeier [Leader of the Social Democratic Party of Germany].

Hence, when Germany finally cuts off Spain, Draghi and the ECB will be forced to announce another Long Term Refinancing Operation (LTRO).  Remember, the last two operations between December 2011 and March 2012 added $672 billion to the European financial system.  Both times the boost quickly faded.  As Schäffler observed, ‘it’s a bottomless pit.’

On the bright side, however, the ECB is receiving valuable on the job training.  Their latest discovery is that once hatched, money creation operations are much harder to stop…than to start.

Return from A Valuable Lesson on Money Creation to Economic Prism

2 Responses to A Valuable Lesson on Money Creation