What Groundhog Day Means for Stocks 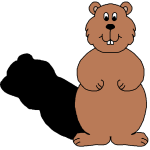 Something remarkable happened this week.  The price of oil didn’t go down.  It did the opposite…it went up.

For one reason or another, no one really knows, this was construed as bullish for stocks.  Perhaps rising oil prices mean there’s robust demand.  Maybe, despite a 5th straight month of declining U.S. factory orders, the economy is still grinding upwards.  Who really knows?

What we do know is that on Tuesday, the DOW jumped over 300 points.  There was plenty of good cheer to go around indeed.  All 30 of the DOW stocks closed higher than they opened.  Then, yesterday, the DOW jumped another 211 points.  Has there ever been a more glorious time to be alive?

Here at the Economic Prism we recommend you enjoy the upswing while it lasts.  The lightheaded and dizzy feeling it provokes is fun for sure.  But, alas, it will be followed by a stumble and crash.  That’s how these things always go.

Certainly there are plenty of moving parts in an economy.  Some may strengthen while others may weaken.  Yet rarely do they fail all at once.  Even so, there are ominous warnings in financial markets that are apparent for those who open their eyes to look for them.  What we mean is stocks may not be able to hold the line much longer…

Mark Hulbert, of The Hulbert Financial Digest, has been staring at stock price charts nearly as long as we’ve been alive.  He’s covered the ups and downs and the zigs and zags of the economy by way of stock market wave patterns in his newsletter since 1980.  He’s observed the push and pull of fear and greed with a sharp pencil and an astute eye.

“The U.S. stock market’s major trend now is down, so act accordingly,” wrote Hulbert on Tuesday.  “That’s what the Dow Theory, the oldest stock market timing system that remains in widespread use today, is saying.  It was created a century ago by William Peter Hamilton, who at the time was the editor of the Wall Street Journal.  He introduced his theory in dribs and drabs over the first decades of the 20th century on that paper’s editorial page.

“That set the Dow Theory clock running on the remaining of those hurdles.  The second was met in the market’s rally that began from those mid-January lows, since neither index was able to surpass its late-December highs.  And the final hurdle was cleared last week, with the Dow Industrials on January 28 closing below their mid-January lows, and the Transports doing so two days later at Friday’s close.”

What Groundhog Day Means for Stocks

Last year ‘buy the dips’ rewarded investors.  This year ‘sell the rallies’ may be the modus operandi of the wise.  At the very least, holding a little cash right now, if you don’t already, wouldn’t be the worst thing you could do with your money.

On Monday, for example, Punxsutawney Phil peered about and saw his shadow.  According to the Groundhog Day folklore, there’ll be six more weeks of winter.  If only the stock market could get off so easy.  Here’s what we mean…

Look around.  You’ll likely see your shadow gleaming in the distance.  You’ll also see the cold winds of deflation covering the landscape over with frost.

Despite the united efforts of central bankers across the planet to inflate financial markets they’re refusing to go wherest the planners want them to go.  The 10 year Treasury now yields just 1.8 percent.  Oil’s rally may have even stalled out before it really started.

In short, prepare for the bottom to fall out of the stock market.

Return from What Groundhog Day Means for Stocks to Economic Prism