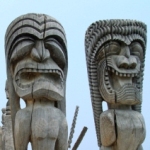 Uncompromising independence, rugged individualism, and limitless personal freedom were once essential to the American character.  According to popular American folklore, they still are.  We have some reservations.

These concepts, in reality, faded away from daily life over the last century like stars in the morning light.  Nonetheless, a merry mob reaches for their lost American character as they head to the shore each July 4th to celebrate Independence.  These freedom lovers – descendants of none less than Davy Crockett, and users of gender neutral bathrooms – eat hotdogs and revel in their ideals of an America that no longer exists.  Their zeal is impressive.

With the summer fun of Independence Day extending into the weekend, we take a moment today for reflection and consideration.  The republic was lost long ago.  The reach of Washington’s busybodies now encircles the globe.  There’s little you can do to stop its unrelenting encroachment.

Still, some pockets of freedom persist – in attitude – beyond the broad extent of Washington’s casted net.  There are regions within the assorted medley of the union where an independent defiance of state and federal government endures.  The consent of the governed in these areas is not a done deal.

The Great State of Jefferson

Several rural counties that hug the Oregon and California border possess a character that went out of favor several generations ago.  The will of the people here is more in line with Thomas Jefferson’s vision of liberty than the heavy handed rule emanating from Washington today.  These counties also have a political identity that’s vastly apart from the current brand of feel good liberalism out of Salem and Sacramento.

Green flags, inscribed with a yellow circle, and encompassing askew double Xs, are a common sight in the Oregon and California border region.  Yet this flag and seal do not belong to a county or state of the union.  Rather, they belong to a state of attitude: the State of Jefferson.

As a movement, the State of Jefferson got its start in October 1941.  A new state, independent from Oregon and California, was proposed by local leaders from counties along both sides of the state line.  Jefferson’s “Proclamation of Independence” was penciled out and distributed to people entering the new state’s limits.

However, the outbreak of World War II effectively quieted the rebellion of State of Jefferson proponents.  Ironically, national unity squashed the drive for regional autonomy.  But the State of Jefferson, as a state of attitude, never died.

New State of Jefferson movements take shape from time to time – including the latest Declaration of Independence.  Perhaps, Jefferson will become the 51st State at some point.  Quite frankly, at this moment in U.S. history it really doesn’t matter.

What matters, though, is the State of Jefferson as a state of attitude.  This outlook transcends political jurisdictions and temporal constraints, and is increasingly needed in the America of 2018.

These thoughts, and many more, bounced around our head as we flew across the Pacific Ocean earlier this week.  Today we greet you from Hawai’i – the Big Island.  Here, in paradise, we’re enjoying a little summer fun of our own.  What a delightful place…

After the late-evening sun tints the sky while it sets beyond the western horizon, the stars twinkle bright in the warm tropical night air off the Kona coast.  The magical dance and flicker in the otherwise dark night sky is a refreshing respite following a day of sun, sand, and surf.

Yet even in paradise, trouble still lurks in the shadows.  Kealakekua Bay is where Captain Cook met his grim fate at the hands of the Hawaiian savages in 1779.  His body parts were distributed among the chiefs.  His head went to the king.  His scalp to a high ranking chief.  His hair went to Kamehameha.  Apparently, some of his organs, including his heart and liver, were stolen and munched on by school children who mistook them for dog innards.

Over the centuries, like in Washington, an abundance of inane laws were erected under the Hawaiian kapu system.  For examples, should a commoner look at or walk on the same trail as the upper class, they would be subjected to death by club, strangulation, fire, or spear.  Good grief!

The only hope for a lawbreaker was to make it to Pu’uhonua Honaunau – or Place of Refuge – located south of Kealakekua Bay.  By eluding capture, and fleeing to the Place of Refuge, offenders could perform various rituals required by the kahuna pule (priest).  If the wrongdoers completed the sequences correctly, they were forgiven by the priest and freed to leave.

No doubt, these are the sorts of idiocies both ancient and modern man are prone to.

Return from Trouble in Paradise to Economic Prism

1 Response to Trouble in Paradise