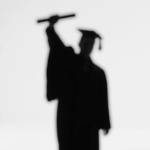 Commencement season is here.  Though no trade school or remedial academy invited us to address their graduates, we won’t let that get in the way.  What follows, free of charge, are several observations, opinions, and suggestions, we’ve prepared for this year’s graduating class…

Congratulations!  Now that you’ve successfully completed your academic studies you will begin your real world education at the school of hard knocks.  All of you are enrolled.  Some of you will be up to the challenge.

You will quickly discover that what you learned in college has ill prepared you for your next endeavor.  What’s more, the world you’ve been told you are entering – an abundance of opportunity and high paying jobs – only exists in fragments, if at all.  On top of that your elders have stacked the deck against you…you’ll be paying for their retirement and yours.

First off, the school of hard knocks is not a four year program.  You have your entire working life ahead of you – 40-years or more – to take your licks, earn your scrapes, and get kicked again and again while you’re down.  It can be a cruel world out there…you don’t always get what you expect.

But that doesn’t mean it is all bad.  In fact, although oftentimes you have little control, what you make of things along the way will take you to places you never could’ve planned.  Some of these places will be even better than you imagined.

How to Get After It

We recommend you greet each day with a smile, each challenge with confidence, and each failure with optimism.  No one likes a cynic.  Not even a cynic.

For in the school of hard knocks, expectations can turn against you.  In the case of college, you were likely told that borrowing money – lots of it – to pay for a university education will guarantee you a high-paying corporate or agency job.  Paying back student loans would be a piece of cake.

Regrettably, college graduates have discovered over the last several years the return on this investment is not what was advertised.  It ain’t easy paying back a student loan without a good job.  And even with a good job, repaying a student loan is a significant drag on one’s ability to build wealth.

So, too, you’re stepping into the U.S. economy at a rather unlucky time.  The upward trajectory it experienced over much of the 20th century seems to have flattened out.  Buying a home, putting your kids through college, and saving for retirement will be near impossible for all but the upper crust of you.

Nonetheless, you should never let these apparent roadblocks stand in your way.  Rather, you should use them to spark your creativity.  With some brainstorming and numerous failures you can turn outward barriers into your biggest successes.

Legend has it that Thomas Edison failed a thousand times – or more – when inventing the modern incandescent light bulb.  Yet Edison didn’t consider his unsuccessful attempts to be failures at all.  They were discoveries of what doesn’t work.

No doubt, with the decline of cushy corporate and agency jobs you will have many opportunities to fail.  In the end, you will be all the better for it.  Instead of working your way up the corporate ladder or being a cog in some meaningless bureaucratic wheel, you can build your own ladder or create your own wheel.

What we mean is, out of economic necessity, you must become your own brand and your own enterprise.  And you must do it on a shoe string budget.  Adding debt before you know an idea will work is not a calculated risk…it’s foolish.

Thus, like Edison, you should pursue failure.  More precisely, you should be willing to fail as many times as you must to succeed.  Though it may take you many years and produce much heartache, if you stick with it long enough, and learn from your failures, after several decades you’ll be an overnight success…even if your bank account never shows it.

Return from To The Class of 2014 to Economic Prism

This entry was posted in Inflation, MN Gordon and tagged class of 2014, failure, school of hard knocks, success, thomas edison. Bookmark the permalink.