The Ugly Transformation of Netflix 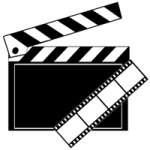 Human progress and upset, both real and imagined, is a wide ranging subject.  It can logically weave from discussions of indoor plumbing, agronomy and penicillin to thermonuclear weapons, corporate welfare and the ever present consequences of artificially low interest rates.

One of the great advancements of the early 21st century was the dawn of digital streaming.  Humans, with nothing better to do, could now scroll through a library of digital media and instantly stream it to a television or handheld tablet.  The sport of binge watching was born.

Cable TV was now an expensive dinosaur.  Many budget-conscious consumers cut the cord.  Maybe you did too.  The rationale was simple enough…

Consumers were granted a mobile, handheld idiot box.  For a fraction of the cost, you could watch programs whenever and wherever you wanted.

The ability to stream a movie to your phone while riding the train to work was simultaneously a mind blower and a life changer.  Surly a zenith of civilization had been reached.

Initially, the value of digital streaming lied in both its perceived novelty as a convenient and cost effective alternative to cable TV and the perceived abundance of entertainment being offered.  Its associated contribution to human progress is dubious.  Much of the entertainment streaming services provide is rubbish.

But like a residential sewer connection a century earlier, many households soon had a subscription – or three – to a digital streaming service.  The novelty and the occasional gem series amongst a huge pile of manure was compelling.

One of the pioneers and industry leaders was Netflix (NFLX).  After putting Blockbuster and countless mom and pop video rental stores out of business via mailed DVD rentals, the company moved on to streaming.  By 2021, Netflix had over 222 million subscribers.

Subscription based businesses have certain advantages over buy once and replace as needed businesses.  For example, low entry fees and tiered pricing options can be used to attract buyers.

Recurring billing delivers predictable revenue, which can be methodically deployed back into marketing and product development.  Higher customer acquisition costs can be tolerated, as revenue – over time – moves from red to black.  And on and on…

But even with these inherent advantages, a subscription based business is not a set it and forget it operation.  Subscribers can grow bored with the content.  Competitors can take market share.  Churn and burn rates can accelerate.  And sometimes, with little notice, there can be a mass subscriber exodus.

Clearly, the actual value of Netflix was mispriced by investors for many years.  It was never a question of “if” there would be a reckoning.  Rather, the question was always, “when” will the reckoning arrive?

The Ugly Transformation of Netflix

Subscriber growth has always been the name of the game for Netflix shareholders.  Somehow investors thought the company could grow its subscribers at a rate of 25 million a year forever.

But trees don’t grow to the sky.  There are natural limits to growth and improvement.

Netflix had expected to add 2.5 million net subscribers during the first quarter.  Yet it  reported a loss of 200,000 subscribers.  Its first decline in paid users in more than a decade.  The company’s also forecasting a global paid subscriber loss of 2 million for the second quarter.  In a letter to shareholders, Netflix noted:

The mega collapse of Netflix stock came with the recognition that its growth days are over.  The company is hemorrhaging subscribers.  Most likely, it will never have 222 million subscribers again.

Indeed, the growth gig is up.  But that doesn’t mean it’s game over for Netflix.  To the contrary, we anticipate Netflix will maintain a toehold as one of the main players of an increasingly saturated digital streaming market.

In the meantime, don’t do what Ackman did.  Don’t misconstrue Netflix’s collapse as a suitable buy opportunity.  Here was Ackman’s reasoning is his letter to shareholders when he bought the stock in January after its initial dip:

“Beginning on Friday and over the last several days, we acquired more than 3.1 million shares of Netflix, Inc. (NASDAQ:NFLX), making us a top-20 shareholder in the company.  The opportunity to acquire Netflix at an attractive valuation emerged when investors reacted negatively to the recent quarter’s subscriber growth and management’s short-term guidance.  Netflix’s substantial stock price decline was further exacerbated by recent market volatility.

“We have greatly admired Netflix both as consumers and as investors, but have never previously owned a stake in the company.  Netflix is a primary beneficiary of the growth in streaming and the decline in linear TV driven by its superior customer experience, a vast and diverse amount of superb, constantly refreshed content, global improvements in bandwidth, and the proliferation and continuous improvement and convenience of devices on which one can watch.”

Ackman’s logic makes perfect sense.  Nonetheless, he was dead wrong.  He has a $430 million loss to prove it.

Buying now may be tempting.  Yet before you do, recognize this…

But it’s certainly not a value stock.  Not yet, at least.

By our calculations, its share price must fall another 50 percent from here to complete this ugly transformation.

Return from The Ugly Transformation of Netflix to Economic Prism