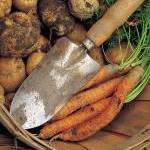 One of the fringe benefits of living in a country that’s in dire need of a political, financial, and cultural reset, is the twisted amusement that comes with bearing witness to its unraveling. Day by day we’re greeted with escalating madness.  Indeed, the great fiasco must be taken lightly, so as not to be demoralized by its enormity.

Of particular note is the present cast of characters.  Could Bill Shakespeare himself have come up with a more flawless flock of scoundrels to take the plotless narrative from comedy to tragedy?

The political class’ efforts to climb and crawl over each other to reach the top of the dust heap and stay there are without restraint.  Promises, lies, coercions, and deceits are all part of Washington’s standard operating procedures.  They’ll steal from your kids and lie to grandma to get what they want.

Financial actors like Jamie Dimon, Lloyd Blankfein, John Stumpf, Steven Mnuchin, Janet Yellen, various Fed Presidents, and soon to enter stage right, Jerome Powell, have their parts to play too.  Namely, to extract as much savings and future earnings from the general population as possible without triggering a revolt.

Tricks with No Treats

Then there’s the cultural cast, perhaps the worst of all.   This company includes dirt bags like Harvey Weinstein, Kevin Spacey, Bill Cosby, the Kardashians, half of the NFL, cultural appropriation police, and an endless assortment of freaks, dweebs, geeks, and weirdos.  Have you heard of Caitlyn Jenner?

Until very recently, the cultural actors’ primarily served to distract the public from the crimes of their cohorts in the elitist class.  But now the stage spotlight shines directly on them.  Their exposed skeletons are a disgrace.

Still, their skeletons, along with nearly all storylines circulating, are enormous distractions.  In fact, there are so many distractions it’s hard to tell what’s real.  Certainly, Halloween week has provided a multitude of tricks – yet, no treats – to chew on.

There was special counsel Robert Mueller’s indictment of several of President Trump’s campaign advisors.  Somehow this has something to do with Russian meddling in the 2016 election.  More accurately, it provides grounds for the Washington establishment to escalate their efforts to impeach Trump.

Nonetheless, could there be a more one-sided witch hunt?  What about Hillary Clinton and Tony Podesta?  What we mean is, what is the objective of Mueller’s fiddle faddle?  Is it an investigation or a cover up?

This week also brought forth another trick – the House Republicans’ tax reform bill.  From what we gather, the bill would result in a moderate reduction in taxes for most households.  But it doesn’t really simplify things.

What’s more, the tax cuts will require greater amounts of government debt to pay for them.  And the problem of too much debt, after all, is already bearing down on all of us.

Many Americans have borrowed far more money than they will ever be able to pay back.  At the time of their borrowing, it may have seemed like the sensible thing to do.  Some borrowed money to invest in their education.  Others took on massive levels of mortgage debt to buy a house in a nice neighborhood.

These are both sensible things to do when the economy is in the midst of a long-term growth trend.  From World War II until the turn of the new millennium these debt burdens generally worked out for people.  Well-paying jobs were commonly available to bail out college graduates.  Similarly, rising incomes softened the mortgage borrower’s debt burden over time.

But that has all changed, especially after the Great Recession.  Individual debt levels have increased.  However, the means to pay off the debt have decreased.  This is a gigantic problem that won’t magically go away.

Who knows?  Maybe prayers will be answered.  Real gross domestic product (GDP) has grown at an estimated annual rate of 3 percent or more for two quarters in a row.  Perhaps increasing GDP will grow the economy, and individuals, out of debt.

Unfortunately, we suspect the GDP growth was fueled by record consumer debt.  Thus, rather than diminishing overall debt burdens, it increases them.

The point is, the Potemkin village of inflated stock and real estate prices cannot continue indefinitely.  When asset prices crack, and pension funds are exposed to be in terminal arrears, exacting clarity will prevail.  Federal, state, and local governments are flat broke.  So, too, are corporations and consumers.

Thus you should enjoy the harvest season while it lasts.  You may want to pickle a few eggs to survive the winter.

Return from How to Survive the Winter to Economic Prism

10 Responses to How to Survive the Winter