Exiting the Eye of the Hurricane and Other 2013 Predictions 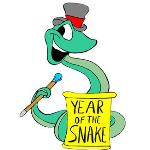 How to Make the Most of The Year of the Snake

Now that 2012’s been laid to rest, and the dirt’s been kicked on its face, we calibrate our sights on the year ahead…and what you can expect.  According to the Chinese Zodiac, 2013 is the Year of the Snake.  What’s more, it’s the year of the water snake.  Here’s how to make the most of it…

“This is a year of water Snake,” says one Chinese Zodiac website, “and all things will be possible.  Saving money and being thrifty should be your top priorities.  To gain the greatest benefits from this year, you must control spending and use your talents wisely.”

Certainly, this is sage guidance…no matter what year.  While the Year of the Snake doesn’t officially begin until February 10, saving money and spending it wisely are two steps to take with the start New Year – that’s today – if you’re not already doing so.  In fact, saving money and thrift are two cornerstones of wealth building.

To clarify, the two surest ways to build wealth are to (1) spend less than you make, and (2) make more than you spend.  Of course, these are one and the same.  But if you can structure your life to attain this you will be growing wealthier day after day…year after year.  Moreover, you will be doing better than the 43 percent of American families that spend more than they earn each year.

That, in a nutshell, is how to make the most of the Year of the Snake.  But what else can you expect in the year ahead…

For starters, you can count on more big government.  That’s a given.  Quite frankly, we don’t like it one bit.  But who are we to stop it?

Regrettably, 2013 will be the year the United States goes European with the Value Added Tax (VAT).  If you’ve never heard of the VAT, unfortunately, your bliss will soon end.  The VAT’s like a federal sales tax that the government collects all the way up the supply chain.  Soon you’ll be paying it…because free government healthcare isn’t free.

Yet that’s not the only new tax.  In addition to rising income, payroll and capital gains taxes, the Alternative Minimum Tax (AMT), and the addition of the VAT, 2013 will also be the year of the carbon tax.  A carbon tax, if you’re unfamiliar with it, is a tax on the use of oil, coal, and natural gas.

It sounds crazy, we know, but, somehow, taxing the use of fossil fuels is supposed to help save the environment.  And when it comes down to it, the vanity of saving the environment, combined with the opportunity to widen the funnel of money flowing to Washington, are two things Congress will fall all over themselves to put in place.

These new taxes are needed because the government can’t afford all the promises it has made.  For instance, Social Security paid out $773 billion in fiscal year 2012, but it only brought in $725 billion.  The $48 billion difference was borrowed from the future.

The gravity of the entitlements cliff has become abundantly weighty.  Plus, as the fiscal cliff comedy and tragedy has shown, Congress is incapable of reducing spending.  So they will increase taxes and dream up new ways to tax the populace.  Get ready to pay the VAT and carbon tax!

Alas, these antigrowth policies will kick in at the very moment the U.S. economy exits the eye of the hurricane…

Exiting the Eye of the Hurricane

This may come as a surprise to the millions of people who are out of work…the Great Recession officially ended in June 2009.  That means the United States economy has been in recovery for three and a half years.

Maybe this is true… All the stimulus and monetary easing has successfully pushed GDP into positive over this time.  But it hasn’t been a recovery where the average person’s lot in life has noticeably improved.  For many it has been a struggle just to stand still.

For all practical purposes, the economy has experienced a brief reprieve – thanks to massive debt based spending – from the forces weighing it down.  In particular, the forces of too much debt are too much for the economy to overcome without first having a massive write down and restructuring (i.e. mass bankruptcy and mass unemployment).

This is what should have happened after 2002 and 2008…if the government had let it.  Instead, all the monetary easing led to massive misallocations of capital that only make today’s situation worse.  In effect, the wizards at the Federal Reserve and the Treasury attempted to fight the problem of too much debt with enormous additions of more debt.  They further inflated the debt bubble.

Over the last several years, despite weak growth, the economy has advanced within the relative calm of the eye of a financial hurricane.  This year the economy will exit the eye of the hurricane and reenter the violently twisting cyclone.  All the problems that came to a crisis in 2008 have only been made bigger…this is what will make the recession of 2013 particularly difficult.

Unemployment, which is still high from the last down turn, will rise further.  The number of food stamp dependence and unemployment and disability recipients, all at record highs, will also rise further.  This will perpetuate the rise in government debt, which, ironically, crashed through the debt ceiling at the very moment the New Year began.  How’s that for the start of a new year?

Within this context the overall stock market will go down.  This will happen simply because that’s what happens during a recession…the stock market goes down.  Plus the stock market has gone up for the last three years in a row.  A down market would likely occur even without the recession.

So, too, gold will likely decline in 2013.  After rising each year for the last 12 years, gold is due for a correction.  But, unless you’re a trader, don’t sell your gold.

To be clear, gold’s price decline will be temporary and will offer a key opportunity to enter the gold market, if you haven’t done so already.  The inflationary pressures created from the Fed’s money printing will continue to push the price of gold up in the years to come.  However, don’t be surprised when the recession of 2013 causes the price of gold to fall in the interim.

Despite the recession, food prices will continue to rise.  The worst drought in over 50-years, and the weak crop yields that resulted, will produce rising food prices throughout the year.  Even a recession will not provide relief for high food prices.

Oil prices, however, will fall.  The recession, coupled with increasing U.S. domestic production from fracking, will put downward pressure on oil prices throughout the year.  Hopefully, this will provide some relief at the gas pumps.  The only caveat is if geopolitical tensions with Iran escalate, which we don’t anticipate leading to war involving the U.S. in 2013, oil prices will be driven up.

This year will not be the year the great Treasury bond bubble bursts…asset price bubbles can go on much longer than any reasonable person thinks is possible.  When the recession hits, investors will once again run to the perceived safety of U.S. Treasuries.  Yields on the 10-Year Note won’t run up much over 2-percent.  Nonetheless, the next round of fiscal and monetary stimulus that comes in the wake of the recession will ultimately undermine the dollar and U.S. government debt.  But the great Treasury bond implosion is a prediction for 2014 or later, not 2013.

Lastly, 2013 will be a turning point for the millennial generation.  After having the ill-fated experience of graduating from college during the worst economic decline in over 70-years, and having to move back in with mom and dad, 2013 will be the year the millennials turn over a new leaf in earnest.  Rather than pursuing nonexistent corporate cubical jobs, or settling for coffee server jobs, millennials will use their ingenuity and tenacity to create their own value adding ventures.

Despite the hard knocks that come with failing forward, and being told they’ll be the first generation to have a reduced living standard from their parents, the millennial generation will eventually attain greater autonomy and wealth than those that came before them.  They’ll also usher in the sociopolitical changes of smaller government, self-reliance, and the reduction of social welfare dependency.

Remember where you heard it first.