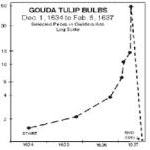 Can you recall a time in living memory when public life was so comically ignoble?  Everyday we’re greeted with a rib-tickling revelation about the nation’s number one man.  We don’t know how many more laughs we can take.

Not since Tricky Dick Nixon held high office has the American emperor suffered the wrath of a more frenzied pig pile.  However, Nixon was only partially responsible for his own fall from grace.  No doubt, President Obama owns all of his.

For instance, just this week we learned HealthCare.gov still doesn’t have a way to make payments to insurance companies.  From what we gather, this amounts to about 30 to 40 percent of the sites ultimate operation…and it still needs to be built.  What a hoot!

But the much larger, gut busting, knee slapper was the admission the Census Bureau fabricates the unemployment rate.  According to The New York Post, a fellow named Julius Buckmon has faked the survey results.  What’s more, “he was told to make up information by higher-ups at Census.”

“Buckmon said he filled out surveys for people he couldn’t reach by phone or who didn’t answer their doors.  But, Buckmon says, he was never told how to answer the questions about whether these nonexistent people were employed or not, looking for work, or have given up.”

On top of that the entire pricing system of the U.S., and to a certain extent the world, has been distorted by the actions of Mr. Buckmon.  Remember, the Federal Reserve’s quantitative easing program is targeting the unemployment rate provided by the Census Bureau.

Obviously, this is but one more example why the Federal Reserve should not exist to begin with.  Flexible currencies result in flexible people.  Rigid currencies exact discipline.

More and more people have had enough of the Fed’s money games.  They want an alternative to today’s rigged system of money and credit.  The way things are going the Fed and the banking industry, and their number one product, the dollar, could be put out of business by a new, digital currency…

Cryptocurrency Bitcoin hit $900 this week.  Last we checked it was around $750 per coin.  Nonetheless, this is quite a run-up from $186…where it was valued a month ago.

Senate hearings Monday and Tuesday were the source of the excitement this week.  The Department of Justice and Securities and Exchange Commission told Senators that Bitcoins are legitimate financial instruments. Outgoing Fed Chairman, Ben Bernanke acknowledged virtual currencies “may hold long-term promise.”

What to make of it?  We’re not sure exactly.  We’d like for Bitcoin to be a real alternative to government fiat money.  But, for the moment, it appears Bitcoins are an instrument of speculation.

Bitcoin started the year at about $14 and notched a peak of $900 earlier this week.  That’s over a 6,000 percent increase.  Could this be the makings of a digital tulipomania?

If you aren’t familiar with tulipomania, here’s a quick review…

In 1634-36, the Dutch went completely gaga over tulips.  Prices skyrocketed and wild speculation ensued.  The mania spread until the entire population had stopped whatever they had been doing to pursue the trading of tulips.  Debt was issued, and cash was raised, all to gamble on these little flowers.

“In 1634,” wrote Charles Mackey in Extraordinary Popular Delusions and the Madness of Crowds, “the rage among the Dutch to possess them was so great that the ordinary industry of the country was neglected, and the population, even to its lowest dregs, embarked in the tulip trade.  As the mania increased, prices augmented, until, in the year 1635, many persons were known to invest a fortune of 100,000 florins in the purchase of forty roots.

“The demand for tulips of a rare species increased so much in the year 1636, that regular marts for their sale were established on the Stock Exchange of Amsterdam, in Rotterdam, Harlaem, Leyden, Alkmar, Hoorn, and other towns. Symptoms of gambling now became, for the first time, apparent…  Many individuals grew suddenly rich.  A golden bait hung temptingly out before the people, and, one after the other, they rushed to the tulip marts, like flies around a honey-pot.  Every one imagined that the passion for tulips would last forever, and that the wealthy from every part of the world would send to Holland, and pay whatever prices were asked for them.

“At last, however, the more prudent began to see that this folly could not last forever.  Rich people no longer bought the flowers to keep them in their gardens, but to sell them again at cent per cent profit.  It was seen that somebody must lose fearfully in the end.  As this conviction spread, prices fell, and never rose again.  Confidence was destroyed, and a universal panic seized upon the dealers.

“Hundreds who, a few months previously, had begun to doubt that there was such a thing as poverty in the land, suddenly found themselves the possessors of a few bulbs, which nobody would buy, even though they offered them at one quarter of the sums they had paid for them.  The cry of distress resounded everywhere, and each man accused his neighbor…  Many who, for a brief season, had emerged from the humbler walks of life, were cast back into their original obscurity.  Substantial merchants were reduced almost to beggary, and many a representative of a noble line saw the fortunes of his house ruined beyond redemption.”

Who knows if Bitcoin will suffer a similar fate?  Its recent price action is not favorable for those who want it to be more than a get rich quick flameout.  Ideally, for the cryptocurrency, its price will equilibrate and then adjust overtime relative to the devaluation of the dollar.

Here at the Economic Prism we like the idea of Bitcoin…and we’re observing their development from the sidelines with a keen eye.  Indeed, it may prove to be the future money…

Just don’t mortgage your house to acquire them.