Choking On the Salt of Debt 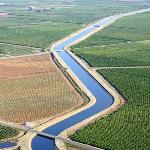 Roughly three years ago, after traversing between Los Angeles and San Francisco via the expansive San Joaquin Valley, we penned the article, Salting the Economy to Death.  At the time, the monetary order was approach peak ZIRP.  We found the absurdity of zero bound interest rates to have similar parallels to the absurdity of hundreds upon hundreds of miles of blooming crop fields within the setting of an arid desert wasteland.

Given today’s changing financial conditions, namely the prospect of a sustained period of rising interest rates, we’ve taken the opportunity to refine our analysis.  What follows is an attempt to bring clarity to disorder.

The natural starting point for the topic at hand is from a place of delusion.  That is, the popular delusion that central planners can stimulate robust economic growth by setting interest rates artificially low.  The general theory is that cheap credit compels individuals and businesses to borrow loads of cash – and consume it.

Over a sample size of five to ten year, say the growth half of the business cycle, central bankers can falsely take credit for engineering a productive economy.  Profits increase.  Jobs are created.  Wages rise.  A cycle of expansion takes root.  These are the theoretical benefits to an economy that central bankers claim they impart with just a little extra liquidity.  In practice, however, this policy antidote is a disaster.

Without question, cheap credit can have a stimulative influence on an economy with moderate debt levels.  But once an economy has reached total debt saturation, where new debt fails to produce new growth, the cheap credit trick no longer works to stimulate the economy.  In fact, the additional credit, and its flipside debt, distorts prices and strangles future growth.

Monetary policy over the last three decades, and over the last decade in particular, has placed the economy in the unfavorable position where more and more digital monetary credits are needed each month just to stand still.  After nearly a decade of ZIRP, from December 2008 to December 2015, the structure of the economy was distorted to the point where a zero bound federal funds rate actually became restrictive.  The Fed’s incremental increases to the federal funds rate since then, are now draining liquidity from the financial system at an accelerating rate.  A dangerous situation is unfolding.

Moreover, applications of additional government debt, through fiscal stimulus, also serve to further the economy’s ultimate demise.  President Trump’s tax cuts may have temporarily increased GDP growth.  But they’ve also spiked the deficit, resulting in a permanent increase to the national debt.  The fleeting burst of growth has been borrowed from the future at the expense of tomorrow’s tax payers.

The fundamental fact is that the current financial and economic paradigm, characterized by heavy handed fiscal and monetary intervention, is an epic problem.  Debt based stimulus is both sustaining and killing the economy at the same time.  No doubt, this is a ridiculous situation.  Here we’ll look to California’s San Joaquin Valley for parallels…

Dropping down the backside of the grapevine from the Tejon Pass, along Interstate 5 between Los Angeles and San Francisco, one is greeted by an endless sea of agricultural fields.  These farms of the mega San Joaquin Valley are not the 160-acre family homestead farms rooted in the 19th century settlement of the Midwest.  Nor are they in the yeoman farmer tradition envisioned by Thomas Jefferson.  They are large-scale, highly productive, corporate farms.

Indeed, if you’ve never seen them, these massive agricultural operations are quite a sight.  Yet what’s more incredible is that they even exist at all.  Given the dry conditions of the area, it is a miracle that anything – aside from cactus and scrub – grows here.

“The southern part of the valley was a barren desert waste with scattered saltbush when first viewed by Don Pedro Fages in 1772 coming from the south over Tejon Pass,” wrote University of California Berkeley Professor Emeritus, James Parsons.

“Less than five inches of rain annually falls in southwestern Kern County, maybe ten inches at Fresno.  Pan evaporation in a summer month on the west side pushes 20 inches.”

Still, the barren desert wasteland and parched conditions observed by Fages nearly 250 years ago, including a negative water cycle, didn’t stand in the way of what was to come.  With an outsized imagination, several mega water diversion projects, federal and state subsidized water, and cheap migrant field workers, mankind was able to create what “has been called ‘the world’s richest agricultural valley,’ a technological miracle of productivity.”

Yet endlessly dumping chemical fertilizers, pesticides and herbicides, and imported water on sandy soil underlain by indurated hardpan is not without consequences.  What has stimulated the productive miracle of the San Joaquin Valley over the last century is the same blend of factors that has propped up America’s financial markets and blown out government debt loads over this same period.  Cheap credit and excess liquidity.

In his magnum opus, Cadillac Desert, which documents the insanity of water resource development in the west up through most of the 20th century, the late Marc Reisner offers the following characterization:

“Like so many great and extravagant achievements, from the fountains of Rome to the federal deficit, the immense national dam-construction program that allowed civilization to flourish in the deserts of the West contains the seeds of disintegration; it is the old saw about an empire’s rising higher and higher and having farther and farther to fall.  Without the federal government there would have been no Central Valley Project, and without that project California would never have amassed the wealth and creditworthiness to build its own State Water Project, which loosed a huge expansion of farming and urban development on the false promise of water that may never arrive.”

Choking On the Salt of Debt

In the San Joaquin Valley, vast irrigation networks convey water thousands of miles to make the desert bloom.  But as surface water is conveyed along the open California aqueduct, it both evaporates and collects mineral deposits.  The combination of these factors concentrate the water’s salt content.  Then, as it’s applied for irrigation, the residual salts collect in the soil.

After decades of this, along with the over application of fertilizer through mechanized fertigation systems, the salt in the soil has built up so that it strangles the roots of the plants.  To combat this, over-watering is required.  Because the irrigation water – while salty – is fresher than the salt encrusted soil.  By applying excess irrigation water, the soils around the plants are temporarily freshened up so that crops can grow.

Yet, at the same time, this over-watering accelerates the mass quantity of salt being applied to the soil.  There’s no outlet for the salt to flush to; the valley is the basin’s terminus.  Thus, in this grand paradox, the relative freshness of the excess water that is keeping the farmland alive is, at the same time, the source of the salt that is killing it.  Reisner further explains:

“Nowhere is the salinity problem more serious than in the San Joaquin Valley of California, the most productive farming region in the entire world.  There you have a shallow impermeable clay layer, the residual bottom of an ancient sea, underlying a million or so acres of fabulously profitable land.  During the irrigation season, temperatures in the valley fluctuate between 90 and 110 degrees; the good water evaporates as if the sky were a sponge, the junk water goes down, and the problem gets worse and worse. Very little of the water seeps through the Corcoran Clay, so it rises back up to the root zones—in places, the clay is only a few feet down—water logs the land, and kills the crops.”

So, too, goes the U.S. economy.  After nearly a decade of rapidly expanding its balance sheet, and pumping cheap credit and excess liquidity into financial markets, the Fed has produced a similar paradox.  They must keep expanding the money base to keep the economy afloat…but in doing so they are ultimately killing it.

To compound the matter, Trump’s tax cuts and trade war, during the waning days of a near decade long economic expansion, are pushing interest rates upward. Higher borrowing costs will choke the economy, which depends on cheap credit to function.

This, in short, is why it doesn’t matter if the Fed raises the federal funds rate or cuts the federal funds rate, or if Uncle Sam borrows more or borrows less.  At this point, there’s no way out.  The present financial order, like the salty crop fields in the San Joaquin Valley, is doomed to choke on the salt of debt.

Only several lifetimes – or more – of fallow conditions will restore economic growth and fertility to the country.  The demise of the San Joaquin Valley as an agricultural region, however, will be indefinite.

Return from Choking On the Salt of Debt to Economic Prism