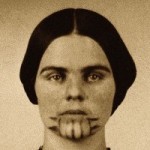 One of the consequences of expansionary monetary intervention is that it distorts the relationship between financial markets and the underlying economy.  Stimulus with the supposed intent of juicing the economy has the effect of juicing financial markets.  Sometimes – like now – these inflationary policies have the effect of completely disconnecting the stock market from the economy.

Investing legend Jeremy Grantham is “amazed” at this unprecedented stock bubble.  He recently told CNBC that investing in the U.S. stock market is “simply playing with fire.”  And he’s right.

What’s more, when you follow the money back to its origin, you find the toxic emissions of the Federal Reserve.  This bubble is the Fed’s creation.  The central bank has been huffing and puffing it up for decades.

For example, when Alan Greenspan first executed the “Greenspan put” following the 1987 Black Monday crash, financial markets were well positioned for this centrally coordinated intervention.  Interest rates, after peaking out in 1981, were still high.  The yield on the 10-Year Treasury note was about 9 percent.  There was plenty of room for borrowing costs to fall.

The mechanics of the Greenspan put are extraordinarily simple.  When the stock market drops by about 20 percent, like in March of this year, the Fed intervenes by lowering the federal funds rate.  This typically results in a negative real yield, and an abundance of cheap credit.

This tactic has a twofold effect of observable market distortions.  First, the burst of liquidity puts an elevated floor under how far the stock market falls – the put option effect.  Second, the interest rate cuts inflate bond prices, as bond prices move inversely to interest rates.

Thanks to the Greenspan put, the Fed has been running an implicit program of counter-cyclical stock market monetary stimulus since the late 1980s.  Greenspan’s successors – Ben Bernanke, Janet Yellen, and Jay Powell – have all ratcheted up the Fed’s extreme intervention in financial markets via countless programs of outright money printing.

The purpose of these money printing programs is to bail out big banks and big businesses, and to keep financial markets inflated and Washington supplied with cheap credit.  By all honest accounts, U.S. financial markets have been rigged for at least three decades.  And there’s no turning back…

You see, once a cucumber becomes a pickle, it can never be a cucumber again.  In other words, there are actions that cannot be reversed.  There are distortions and disfigurements that cannot be undone.  And, alas, the innocent are left to live with the destructive consequences of the mad actions of madmen.

Here’s what we mean…

In 1851, thirteen-year old Olive Oatman was traversing west through what is now western Arizona with her parents and six siblings when the family was massacred by Yavapai Indians.  Olive’s parents and four of her siblings were clubbed to death.  Her brother Lorenzo was beaten unconscious and left for dead.

Olive and her younger sister, Mary Ann, survived the massacre and were taken as slaves.  After a year, the Yavapai traded the two girls to the Mohave people.  Mary Ann died of starvation.  Olive, however, became fully assimilated with the Mohave.

Five years after the Oatman Massacre, in 1856, Olive was ransomed back to white society.  But not before the Mohave used indelible cactus ink to mark a turquoise blue tattoo on her chin.  According to Mohave tradition, the gruesome chin tattoo – five vertical lines with triangles set at right angles – would guarantee a good afterlife.

Olive’s time spent with the native tribes marred the rest of her life; she was a marked woman.  On the rare occasion she left her home, she’d attempt to cover her disfigurement with makeup or veils.  She died of a heart attack in 1903, after living 47 years with a mutilated face.

Three years after Olive died, the town of Oatman, Arizona, named for Olive Oatman, was founded.  Several years after that the discovery of a rich ore body brought one of the desert’s last gold rushes.

For about a decade, the mines of Oatman were among the largest gold producers in the American West.  But the gold boom was short-lived.  The United Eastern Mines permanently shut down its operations in 1924.

Oatman, which is located along Route 66, happily persisted by catering to travelers driving between Kingman, Arizona, and Needles, California.  But that came to an end in 1953, with the construction of Interstate 40, which bypassed Oatman.

These days Oatman is a remnant, yet well preserved ghost town.  Wild burros, the offspring of miners’ beasts of burden from a century ago, congregate on the main drag at the center of town.  The haunted Oatman Hotel is still frequented by the ghosts of Clark Gable and Carole Lombard, who spent their wedding night there.  The ghost of an Irish miner – “Oatie” – can also be heard playing his bagpipe.

Last Friday, while driving to Sedona for a brief respite amongst the red-rock buttes, pine forests, and cool waters of Oak Creek, we stopped in Oatman to see it for ourselves.  Between swigs of bottled sarsaparilla in front of the Oatman General Store we contemplated the Fed’s fake money fiasco, the vagaries of collateralized loan obligations (CLOs), burro puckey, the Oatman Massacre, and Olive Oatman’s disfigured chin.

This week the Fed announced that it will begin buying individual corporate bonds under some crackpot scheme called the Secondary Market Corporate Credit Facility (SMCCF).  To date, the SMCCF, a CARES Act creation birthed with $75 billion in equity provided by the Treasury, has only purchased exchange traded funds (ETFs).  The Fed now wants to better direct its bond purchases to prop up failing U.S. businesses.  Per the Fed’s statement:

“The SMCCF will purchase corporate bonds to create a corporate bond portfolio that is based on a broad, diversified market index of U.S. corporate bonds.  This index is made up of all the bonds in the secondary market that have been issued by U.S. companies that satisfy the facility’s minimum rating, maximum maturity, and other criteria.  This indexing approach will complement the facility’s current purchases of exchange-traded funds.”

The Fed, by purchasing U.S. corporate bonds, is permanently disfiguring the economy.  It’s propping up companies that would otherwise go bankrupt.  It’s distorting the economy by misallocating capital that would have been put to better uses.