Why Warren Buffett Should Buy Gold 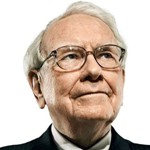 Warren Buffett bought his first shares of stock at 11 years old.  He saved up $114.75 and “went all in,” purchasing three shares of Cities Service preferred stock.  The day was March 11, 1942 – nearly 77 years ago.  Buffett recently reminisced about this purchase in his annual letter to shareholders:

“I had become a capitalist, and it felt good.”

Buffett was merely getting started.  Over the succeeding 77 years Buffett’s investing acumen, and a rising tide of government sponsored fake money, garnered him a personal net worth over $80 billion.  That’s a breathtaking haul, indeed.

Most nights Buffett sleeps well.  Why wouldn’t he?  He’s got more dough than he could ever possibly spend.  And as for the burden of extreme wealth, Buffett’s been given a nifty – tax free – escape route from beneath the mass of this weighty condition.

His pal Bill Gates, via the Bill & Melinda Gates Foundation, offloaded his conscience and flattered his ego.  Thus, even in the late night hours, when the coyote’s howl at a full moon, Buffett sleeps soundly and with the full knowledge that his fortune will be used for noble philanthropic causes.  Buffett’s pledged to give more than 99 percent of his wealth for benevolent endeavors.

To this we neither applaud nor find fault.  How one chooses to spend their wealth is a personal decision.  Perhaps some good will come of it.

As an aside, foundations are frequently used by the ultra-wealthy as a means to pass on their wealth, while avoiding estate taxes.  Remember, someone – likely a familial heir – has to run the foundation well into the future.  A well-structured foundation leaves posterities with good work, at good incomes, for generations.

We don’t know whether this is the case with Buffett’s ventures with the Bill & Melinda Gates foundation.  We do know that Buffett’s a master at limiting his income tax.  Perhaps he’s applied this predilection to limiting his estate tax disbursements too.

Again, we neither applaud nor find fault with how Buffett chooses to spend his personal wealth; we’re merely adding context to the popular refrain of the goodness of his philanthropic benevolence.

Beneath the wealth and affluence Buffett’s still human, of course.  He’ll be asked to explain himself when he meets his Maker.  And in the interim, there’s still one remaining fear that gets caught up in his mind’s eye during the darkness just before dawn…like a fly in a spider’s web.

Buffett first “went all in” to American business in 1942.  He’s remained all in up to the present.  His timing has been impeccable.  He’s ridden the crest of the American wave of economic dominance, and unprecedented issuances of debt based fiat money, like no other.

What’s more, the success of his thrilling ride has led him to believe he can predict the future by projecting from the past.  From his recent letter to shareholders:

“Let me add one additional calculation that I believe will shock you: If that hypothetical institution had paid only 1% of assets annually to various “helpers,” such as investment managers and consultants, its gain would have been cut in half, to $2.65 billion.  That’s what happens over 77 years when the 11.8% annual return actually achieved by the S&P 500 is recalculated at a 10.8% rate.”

Buffett then took a moment to knock the doom and gloom concerns of runaway debts and deficits.  He also took an errant swing at gold buyers:

“Those who regularly preach doom because of government budget deficits (as I regularly did myself for many years) might note that our country’s national debt has increased roughly 400-fold during the last of my 77-year periods.  That’s 40,000%!  Suppose you had foreseen this increase and panicked at the prospect of runaway deficits and a worthless currency.  To “protect” yourself, you might have eschewed stocks and opted instead to buy 3 ¼ ounces of gold with your $114.75.

“And what would that supposed protection have delivered?  You would now have an asset worth about $4,200,less than 1% of what would have been realized from a simple unmanaged investment in American business.”

Why Warren Buffett Should Buy Gold

Buffett, you see, is locked in – with no escape route – and will have to ride the American wave of economic dominance, and its fake money system, as it crashes down upon the jagged rocks.  His remaining fear is that the status quo will be overturned.  That a social, political, and financial reset obliterates the wealth edifice that he’s erected over the last 77 years.

To clarify, a reset is a complete collapse of the world as we know it.  Certainly, history has seen plenty of resets.  WWI and WWII.  The French Revolution.  The Russian Revolution.  The War between the States.  The Great Depression.

No doubt, the present order’s long overdue for a reset.  And when the current reset hits its fever pitch, Buffett’s holdings – which are concentrated in American businesses – will be directly impacted.

Of course, wealth is more than just money.  And some of Buffett’s businesses will hold up better than others through the reset.  For example, his railroads will still be an important asset – assuming he has the capital to operate and maintain them.  But his insurance businesses – his greatest money makers of all – are a construct of dollar based fiat money, and their ephemeral value will disappear before you can say Jack Robinson.

Being “all in” – to use Buffett’s words – on anything is a bad idea.  This goes for being fully invested in American businesses, or an S&P 500 index fund.  It also goes for being all in with gold.

Buffett’s other mistake is in equating gold to an investment.  It’s not.  Gold, on the other hand, is real money that retains its purchasing power over time – including through epic resets.  Hence, misconstruing gold as an investment will be fatal.

Fiat money, unlike gold, has an unblemished record of perfection.  All fiat money eventually returns to its intrinsic value of fire kindling, toilet paper, or birdcage liner.  Fiat based digital monetary credits will also ultimately disappear – like AOC’s cow flatulence into the atmosphere.

This is precisely why Warren Buffett should buy gold…and why you should too.

Return from Why Warren Buffett Should Buy Gold to Economic Prism

3 Responses to Why Warren Buffett Should Buy Gold