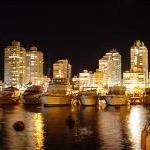 After months of negotiations, Uruguay capitulated to OECD and Argentine demands to end bank secrecy with respect to Argentine tax investigations.  Once the deal is ratified by both countries’ legislatures, Argentine tax inspectors will have access to Uruguayan bank account information for Argentine citizens suspected of tax evasion.

Oddly, this tax sharing agreement is just one of many questionable decisions by Uruguay’s government, all of which are bringing the local economy to a halt.

Over the last decade, the business environment in Argentina has been so bad, so business-unfriendly, that Argentine farmers, investors and businessmen were desperate to escape Argentina.  And Uruguay was a natural destination for them.  It’s close.  It’s safe.  And financial privacy was a sacred right.  As a result, Argentine investors flocked to Uruguay and invested heavily.

Argentine farmers came first, buying up huge parcels of land and planting record quantities of soy.  As the years progressed, more and more Argentines came to Uruguay to invest.  Where I live, in Punta del Este, Uruguay, over 75 percent of the homes are owned by Argentines.  All of the infrastructure, banks, restaurants and amenities were created to cater to Argentines.  At times, it feels as though this resort town is just a suburb of Buenos Aires.

But the Uruguayan government could only raise wages, taxes and social benefits for so long before their economy began to stutter.  And that’s where things stood in Uruguay before this new tax sharing agreement.  Uruguay was at a critical moment.  The cost of living had risen uncomfortably.  Social entitlement programs made Uruguayan workers less affordable.  The cost of real property, and especially farmland, had skyrocketed. Construction costs were matching or exceeding those in the United States, and the quality was still generations behind.  Uruguay was, by any standard, becoming expensive.  And as a result, foreign investment and tourism dollars were slowing.  This summer, for example, tourists spent 17 percent less in Punta del Este than they did the year before.  Local businessmen and real estate developers were already concerned and cautious.  Many development projects were put on hold…

And Then the Hammer Dropped!

As much as it defies common sense, Uruguay entered into a tax sharing agreement that will scare off its biggest source of capital, investment, business, know-how and brains.

Why?  Because a large percentage of money held in Uruguay by Argentines is undeclared in Argentina.  Argentines don’t trust their government.  They’ve seen their government unfairly seize pension funds and expropriate private businesses.  The Argentine people are justifiably concerned and they’ve responded by moving their money out of the country and hiding it from their government.

For Uruguay, a tax sharing agreement with Argentina ensures that a large portion of Argentine money will leave Uruguay and go to more welcoming places… like Miami.

Unfortunately for the Uruguayan middle class, driving Argentine investors out of Uruguay is clearly the final straw that will push Uruguay’s economy over the edge (but hopefully not off a cliff).  All that’s left now is to watch the economic balloon deflate as Argentines pull their money out of Uruguayan banks and stop investing in the country.  Sure, intelligent minds can squabble over the timing and severity of the impact.  Some politicians, journalists, government economists, and real estate agents believe the impact will be “manageable.”  A minor speed bump in an otherwise healthy economy.  Others, like myself, are less optimistic.  But let’s hope the damage to Uruguay’s banking system will be controllable – unlike the last time Argentine depositors withdrew funds from Uruguayan banks in unison.

After all, Uruguayan banks, like banks everywhere in the world, work on a fractional reserve banking system.  What will happen to Uruguayan banks if, say, 10 percent of the Argentine money is withdrawn from the system at once?  Just google “Uruguay Bank Crises 2002” and you might have your answer.  Of course, to be fair, prior to 2002 bank deposits from Argentines accounted for nearly 50 percent of all deposits in Uruguay. Today that number is significantly lower and more likely sits around 25 percent, so I wouldn’t expect to see a full-fledged bank run.  But regardless of the strain placed on the banking system, one thing is universally agreed on: the tax sharing agreement with Argentina is not going to help the Uruguayan economy.

So why is an economic downturn in Uruguay good for expats like us?  Because Uruguay is about to go on sale – WHOLESALE!  With fewer Argentine buyers to prop up the inflated real estate market, apartment prices will drop dramatically, especially in resort towns like Punta del Este.

Apartments that doubled or tripled in value over the last 24 months will fall to earth as Argentine sellers realize there are no buyers.  This is great news if you are interested in residing in Uruguay as housing will be affordable again.  And with fewer construction projects the cost of labor will go down, as will demand for the Uruguayan peso, which has appreciated ridiculously over the last eight years.  A cheaper peso means lower costs of goods and services for those of us who hold and earn U.S. dollars.  At last, Uruguay will be cheap again.

For expats who can physically reside in Uruguay but can earn money outside of the Uruguayan economic system, life will be great here and I would highly recommend you consider planting a flag.  Affordable housing.  Affordable healthcare.  Good weather. Cheap labor.  All this combined in what is likely South America’s safest and least corrupt country.  What’s not to like?

Obviously, living in Uruguay is not right for everyone, but for those expats interested in relocating here I think the timing will be right over the next 12 to 18 months to pick up real estate at bargain prices, particularly in Argentine resort towns like Punta del Este.  I also believe that income-producing property will start yielding attractive rates of return and might become an interesting option as Argentine investors decide to sell and move their money elsewhere.

[Editor’s Note: Before you can successfully invest in Uruguay, you need to understand the lay of the land – exactly what you’ll find in the free Beginner’s Guide to Uruguay.  Written by a successful US expat specifically for other potential expats, the report combines the best of the big picture with actionable on-the-ground insights to help those who are thinking about settling down in this remarkable area of the world.  To access, simply join the free network at International Man.]