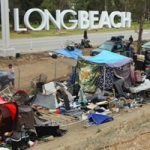 “I used to be a conspiracy theorist.  But then all the conspiracies I followed turned out to be true.”

The remark was made by a friend and Wealth Prism Letter subscriber over a recent phone conversation.  We’ll have more on this in just a moment.  But first, some of what prompted the comment…

Here in the land of fruits and nuts things have always been a little whacky and wild.  The people and the politics in the state’s urban centers have the uncanny ability to bring out the worst in each other.  The coronavirus travesty has only magnified these character failings.

For example, all the stimmy checks, generous unemployment payments, and eviction moratoriums have had a predictable outcome.  They’ve created a burgeoning class of people who would rather loaf and invite their soul over plying their time and talents toward something gainful.

At the local level, San Francisco and Los Angeles have been in an exhilarating competition for what city can be most stupid.  Los Angeles recently sprinted into the lead.

Just this week, for instance, and with a nod to Mao Zedong’s Great Leap Forward, the City of Los Angeles announced a universal basic income pilot program.  It’s called Big:Leap.

The mechanics of the Big:Leap program are simple enough.  Roughly 3,200 low-income families will be chosen at random to receive $1,000 a month for one year starting in January.

Mayor Garcetti calls the program, “an instrument of racial equality.”

Why the colon mark is inserted into the syntax is a mystery.  And how the program will help people in poverty is equally mysterious.

Poverty, remember, for a majority of people that live with it, is more of an attitude than a financial condition.  Giving someone free money for a year does nothing to adjust their attitude of poverty.  Rather, it reinforces their dependence.

So it was with this backdrop, among other mad happenings, that one friend and reader offered the following anecdotes and observations…

“As I was saying, I used to be a conspiracy theorist.  But then all the conspiracies I followed turned out to be true.

“Turns out the Wuhan flu, for example, did in fact originate inside the Wuhan Institute of Virology.

“And now we know the National Institute of Health did fund the Wuhan lab’s dangerous gain of function experiments. Fauci lied, again!

“And we all know what happened to Seth Rich.”

“What happened to Seth Rich?” we asked, trying to recall if there was something we should know.

“Let’s just say, Vince Foster.  And leave it at that.”

“But there is one thing I can’t quite put a finger on.  Do you think U.S. supply chain disruptions, and the massive logjams at the ports, are deliberate?

“I mean, could the lunatics in government be trying to further collapse the economy so they can create an even larger population of dependents?

“The deranged push to get everyone vaccinated, in some way, seems to be part of this.

“These ports – LA and Long Beach – have been in operation for over 100 years.  There have been world wars, economic depressions, dock worker strikes.  You know…  Bloody Thursday, Harry Bridges, and all that.

“But nothing ever backed up the cargo ships quite like this.  Why now?

“Have you been down to Bluff Park or up to Signal Hill?  The view of them all littered offshore with Catalina in the background is absolutely nuts.

“I’m telling you, if something doesn’t give in the next 30 to 60 days we’ll all be up the creek without a paddle.

“Now I’d put my old tin foil hat on to shield my brain from mind control.  But, as I said, these conspiracy theories all keep coming true.  This one seems no different.”

[At this point we could tell our friend was just warming up.  So, we settled back into our chair and made ourselves comfortable…]

“I heard you were in Reno last week, yeah?  You know what they say about Reno?  It’s so close to Hell you can see Sparks.

“Speaking of being close to Hell.  What the eff’s up with the LBC?

“I mean, the city’s always had a seedy underbelly.  Most port cities do.

“My dad graduated from Poly High in the early 60s.  I remember him telling me the area just east of where Ocean Blvd. crosses the LA River used to be called The Jungle.  It was the city’s preeminent oceanfront slum.

“And when the Pike and the Cyclone Racer slipped into decay and disrepair in the mid-60s it turned really ugly.  The amusement seekers disappeared.  But the carnies, winos, and pyromaniacs remained.

“That was back when Long Beach was still a Navy town.  Every now and again some sailor would get snockered at Clancy’s or Joe Jost’s and stumble down “Whore Alley” over there and get rolled and roughed up by the souteneurs and hustlers.

“But at least it was contained.  Seems like The Jungle has now spread like a virus to infect the entire city.

“Like in front of the library at the end of your block.  Have you been by there at night, lately?

“It’s a full blown Bidenville – with barrel fires and everything.  So is the lot behind the vacant Sears across the street.

“Several months ago I heard they were going to convert that old Sears building to a homeless shelter.  But I don’t know what ever came of it.

“What I do know is that Long Beach city officials are trying to out-stupid Los Angeles and San Francisco.  They’re now talking about sanctioning homeless encampments.

“Can you believe it?  Government sanctioned Bidenvilles?

“Maybe the city will deliver them for Christmas.  Ho ho ho!

“In truth, this is more Governor Newsom’s and Mayor Garcia’s doing than Biden’s.  But I still call them Bidenville’s.  Anytime I can hold this illegitimate President in ill-repute, I do.

“You know what that means, don’t you?”

Return from Bidenvilles for Christmas to Economic Prism

35 Responses to Bidenvilles for Christmas