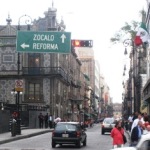 Between July 30, 2014 and December 28, 2016, the dollar’s value, as measured by the dollar index, increased from 79.78 to 103.30 – or 29 percent.  Since then, the dollar index has dropped to about 100.  In addition, President Trump has said that the dollar is “too strong” and Treasury Secretary Steven Mnuchin has called the dollar “excessively strong.”

Unfortunately, the unintended consequences of currency debasement – such as price inflation, currency wars, moral decay and others – are more destructive to a nation’s wealth than any trade advantage that can be garnered.  A number of articles have been written over the last week on this subject showing why currency devaluation is a terrible strategy for making a country wealthy.  One of the better reads we came across was published at Acting-Man: Donald and the Dollar.

Hence, we’ll not rehash the examination.  Rather, today we’ll venture south of the border in search of perspective and empirical school-of-hard-knocks experience.  With a little luck we’ll learn something.

Demise of the Mexican Miracle

Mexico City, if you’ve never been, is quite a sight.  The population is more than double the population of Los Angeles.  What’s more, its pace of activity makes Los Angeles appear sleepy and its congested autopistas make Southern California highway’s feel, calm, organized, and sound.

The juxtaposition of pre-colonial ruins, Medieval Spanish architecture, and modern skyscrapers, all on the same city block, is extraordinarily fascinating.  But what’s even more fascinating is the ever present instruction of what happens when overzealous governments overspend, and then inflate their currency to pay their debts.  Mexico offers ominous warning signs of what may come for the United States given the government’s financial imprudence.

Like the United States, Mexico’s economy experienced robust growth during the mid-part of the 20th century.  The period from 1930 to 1970 was later called the “Mexican Miracle” by economic historians for this reason.  Mexico’s GDP increased at an annual average rate of 4.2 percent between 1929 and 1945 and then it accelerated to 6.5 percent per year on average between 1945 and 1972.  Even during the inflationary 1970s, Mexico’s abundance of oil and other resources helped sustain 5.5 percent annual GDP growth between 1972 and 1981.

But the high water mark for Mexico, culminating with the 1968 Olympics in Mexico City, had already surged, and the flow of wealth had begun to recede.  By the late 1970s living conditions had become second rate for the broad population.

Then, in 1981 and 1982, oil prices crashed on the international market just as interest rates spiked.  After that, the government really made a mess of things.  In 1982, outgoing President López Portillo suspended payments of foreign debt, devalued the peso and nationalized the banking system, along with many other industries that were severely affected by the crisis.

Any hope for a quick return to economic progress vanished.  Between 1983 and 1988, Mexico’s GDP grew at an average annual rate of just 0.1 percent.  At the same time, price inflation increased at an average rate of 100 percent per year.

By the early 1990s it looked like Mexico had finally turned over a new leaf.  After 12-years of economic malaise the Country was primed for an economic boom.  NAFTA had been approved and everyone just knew that Mexico was going to be the next big thing.  The world took note and foreign investment flooded into the country inflating the value of the peso.

The administration of President Carlos Salinas de Goratri couldn’t believe their good fortune.  Like any good government they spent their bonanza, and then they spent some more.  After that, things quickly spiraled out of control.  On March 23, 1994, presidential candidate Luis Donaldo Colosio-Murrieta was assassinated at a campaign rally in Tijuana.

By the end of 1994 Mexico was running a deficit that was 7-percent of GDP and the central bank had to intervene in foreign exchange markets to maintain the peso’s peg to the U.S. dollar.  Foreign investors called the central bank’s bluff.  They pulled their capital and the peso crashed in spectacular fashion.  In the space of one week the peso fell 44-percent against the dollar.  Mexico’s economy crashed too.

Currencies, both north and south of the Rio Grande, ain’t what they use to be.  Several generations ago they were as reliable as a rooster’s call at dawn.  Now they’re as crooked as a politician’s spine.  We know this not by reading the history books, nor by hearsay, but by the honest, verifiable, silver dollar and silver peso we’re holding in our hands.

The exchange rate was real simple.  Based on their silver content, two pesos equaled one dollar.  Nowadays, both pesos and dollars are merely paper promissory notes issued by their country’s central banks.  Their value is derived by their track record of stewardship, the size of their country’s military, and the international currency market’s acceptance of their government’s ability to make payments on their debt.

Today it takes about 21.32 pesos to buy one dollar.  As you can see, the Mexican government has been less upright in managing its currency than the U.S. government has over the last 90 years.  But when you use silver as the measuring stick, the picture changes…

It doesn’t take much time traveling around Mexico City to discover that behind the hustle and bustle, not only has the government successfully vaporized their currency, they have successfully vaporized their middle class.  You can actually see its nonexistence everywhere you look.  And if you squint your eyes just right, you can see the ashes of its prior existence within the cracks of decay.

President Trump plans to build a wall along the southern border to keep immigrants from Mexico and Central America from entering the U.S. illegally.  We don’t question President Trump’s intentions or his desire to ‘Make America Great Again.’  Still, we must point out, that he’s also considering the types of currency devaluation schemes that compelled the multitudes to immigrate north to begin with.

No doubt, Mexico offers a textbook lesson on how governments exact ruin among their citizenry.  One day, perhaps soon, similar consequences of government money mischief will be splattered across El Norte too.  For many decaying urban and industrial areas – and Middle American small towns and abandoned farmhouses – the consequences already left their mark decades ago.  Debasing the dollar with the objective of restoring prosperity will only accelerate the decline.

Return from Adventures in Currency Debasement to Economic Prism

1 Response to Adventures in Currency Debasement