The Economic Motherboard is Now Fried 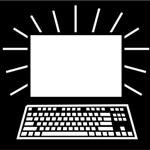 Economics is a boring and tedious trade to the casual observer.  All the monthly report outs on GDP, employment, manufacturing, inflation, among other indexes, are a dull waste of time.  What decisions could one possibly make to improve their lot in life from these reported data?

Should you buy more toothpaste because the CPI went up 0.2 percent last month?  Should you stay at your current job because GDP growth is slowing?  Obviously, this information is useless for making a reasoned decision.

Plus, in addition to the government’s nonsense economics reports, the blathers of the leading economic policy makers are near incoherent.  “Just because we removed the word ‘patient’ from the statement doesn’t mean we are going to be impatient,” said Fed Chair Janet Yellen last month when asked about the Fed’s strategy for raising the federal funds rate.  Certainly, this is the type of utterance that, upon hearing it, reduces an individual’s mind and sucks from their soul.

So why bother with the dismal science when the S&P 500’s over 2,000 and you can order spicy buffalo wings to your door from an App on your tablet phone?

Simple…the abundance of idiocy is great entertainment.  To the self-trained eye and moderately tuned ear there’s a world of laughs and larks.  In just a moment we’ll contemplate a recent episode.  But first some background…

Why Are Interest Rates So Low?

Several weeks ago, if you missed it, former Fed head Ben Bernanke and former Treasury Secretary Larry Summers blew spitballs at each other on the World Wide Web.  Central to the debate was the question: Why are interest rates so low?

Each has their theory.  Summers’ is called secular stagnation.  He believes interest rates aren’t low enough to get people to borrow and invest.  Somehow there isn’t enough demand for investment even at record low global interest rates.

Bernanke, on the other hand, believes there’s a global savings glut.  That excess savings from export countries being recycled back into U.S. debt are the main factor pushing down interest rates.  Bernanke’s global savings glut is being driven by global trade imbalances.

The Economic Motherboard is Now Fried

The delightful idiocy of Bernanke’s and Summers’ debate isn’t the actual substance of it.  It’s that they are having the argument to begin with.  That’s the real kicker.

No one knows why, as far as we can tell.  But for one reason or another, all the time pondering possible government policies to make the world operate to their liking has the ill effect of transforming economists who’ve worked at high level government posts into morons.  This, unfortunately, has happened to both Bernanke and Summers.

Bernanke never gives mentions of where the money that stacked up on exporting nations shores came from in the first place.  How did exporters end up with so many dollars to plow back into U.S. government debt?  Is it not because Bernanke’s own policies were enticing consumers to borrow money and spend it…often on imported products?

So, too, Summers never stops to contemplate why people don’t want to invest.  Perhaps it’s because today’s investments already happened yesterday.  Current capacity has already exceeded today’s demand because government policies encouraged people to borrow money yesterday and invest it on projects that weren’t really needed to begin with.

Are more automobile factories needed?  What about more big-box retail stores?  How many people are still paying interest on the hamburger they ate for lunch five years ago?

When it comes down to it, Bernanke’s and Summers’ perceived problems with the economy and credit market were of theirs and their cohorts making.  Their proposed solutions only exacerbate the problems.

After 50-years or more of revving up the economy by promoting more debt the economy has reached complete debt saturation.  Pushing more debt.  Pulling for greater demand.  These shortsighted policy responses no longer have the desired result of boosting GDP.

But Bernanke and Summers don’t get it.  They still want to go about fixing the economy like two carpenters trying to fix a computer.  They just can’t agree on if they should use a hammer or a drill.  All the while, they’re oblivious to the fact that the economic motherboard’s now fried.

Return from The Economic Motherboard is Now Fried to Economic Prism